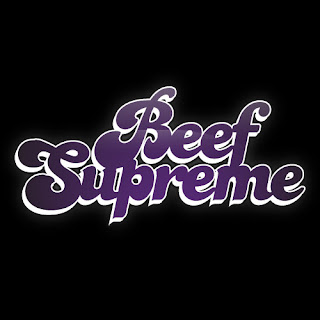 Y'know... I think this is our first female fronted band. I could be wrong (it rarely happens, but its been known), but I really cant think of another that we've covered in the last two years...
Either way, they're cracking, and for any guys out there that just turned their nose up when they read 'female fronted' just shut your mouth and open your ears for a minute because you're in for a treat. A southern rock, high tempo balls to the wall (no pun intended) treat in fact. The only problem I can really find with this little EP is that I feel at a loss when trying to compare them to someone you may already know. Not so much an issue when it comes to the music... If you imagine a slightly tamer Alabama Thunderpussy for starters then add a little touch of The Desert Sessions you're pretty much there. But it's proving more an issue when it comes to Niki's vocals... I've thought for a good hour or so now and the best I can really surmise is; imagine if PJ Harvey grew up listening to Skynyrd, AC/DC and ZZ Top... Yeah. I think that about works. It really is one of the best female vocals I've heard for a long long time and it compliments Lou and Macho's drum and bass.
It's only 4 tracks long but if they can keep up the same pace for a full album then they're onto a sure fire winner, especially if they can crank out more tunes like Jim Jones Country, which for me, really is the highlight of EP, if not my week. But to hell with it, hit up the link below and find out for yourself...
~ Jay