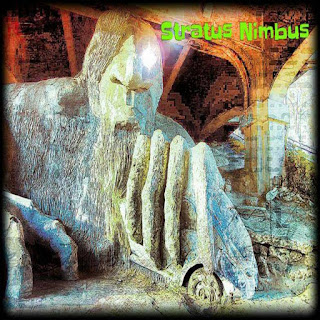 Some great throwback old school '90s vibes here.  Sounds like something that could easily have come out from Twentynine Palms or Seattle / Yakima back in the day and was overlooked until now, with an album cover that appears to be a nod to the Pacific Northwest by featuring the Fremont Troll.  They go heavy on the Misty Grey influence, but not quite to the level of worship.  I couldn’t find a lot of background on these guys, but it appears to be the work of one guy by the name of Tom Davies, using a round table of musicians to knock this stuff out.  This thing has its own sound coupled with a pretty clear vision of where it’s trying to go.  Clocking in around thirty minutes, each track is completely varied from the last, but they're all knocking that '90s sound right out of the park.  Stand-out track “A walk in the dark” starts with a slow waltz of fuzz with heavy SD-1-powered riffage on top of the fantastic rhythm track, flirting with a King Tuff sound if you replaced the bubble gum with a big fat blunt.  Looking at one of the best 'riding around town' records of the year right here.  Check out “galaxy girl” as it doubles down on more of a psych rock sound that we don’t get a lot of anymore.  Fans of the first few years of Man’s Ruin releases are going to eat this up.