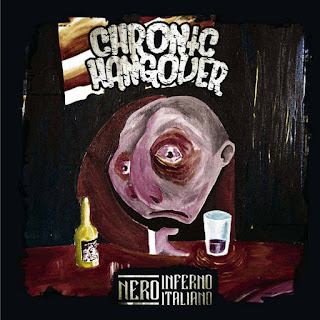 Hailing from central Italy and cutting their teeth in most of Rome’s stoner / doom venues, Chronic Hangover bring dusty desert riffs with relative speed.  This is music for stoner rock fans who want their tracks with some get up and go, and sitting somewhere between Mercyful Fate and Monster Magnet, Chronic Hangover have their own sound while building off their influences with clear effort.  Stand out track “Regretudo” has a 42-second build-up (by no means slow) before the track topples over and we hit a nice groove track reminiscent of Truckfighters in their prime.  Even though this is a more introspective track, as opposed to some of the other rippers featured on here, we’re able to see how independent each individual musician is in Chronic Hangover and what they’re bringing to the table.  On-point vocals playing off a fantastic thumping rhythm section with fantastic overdrive-backed guitar solos that come together like butter without overpowering each other.  This is for fans of all those bands in the early-to-mid-'80s that felt they were born too late, yet still wanted to throw their hat in the ring for that specific blend of metal that got them to buy an instrument and start a band in the first place.