Shadows Against a Wall... 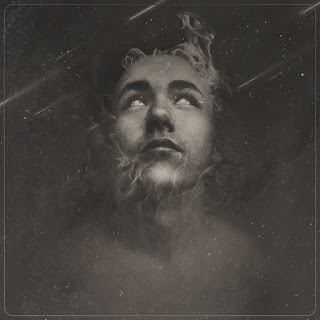 Concept albums are tricky to review.  If I hadn't read Buensucesco's promotional material before listening to their new EP ANALOGY: The Sun | Divided Line, would I have known this compact, quixotic journey of an album is inspired by "Myth of the Cave," an Israeli musical suite itself inspired by Plato's Allegory of the Cave?  Probably not.  Even so, their aspirations to conceptually lofty heights shine through in inventive songwriting, surprising instrumentation, and clever twists.  And with song titles like "On the one hand, the poor put down, surrendered bought all the things were taken, much cohesion, a lot of sweetness"... well, I think we can all agree that Buensucesco is reaching for something well beyond ground-level rock.

The first couple of tracks get right into it with wailing guitars and a big, moody sound.  Evocative and occasionally mysterious, these feel like post-rock songs with something waiting just beneath the surface, like a trap waiting to be sprung.  "The tulip curse came with the arrival of fall" (I warned you about the song titles) is a relaxed, hopeful piece that brings in twinkling piano keys under soaring guitars.  By this point I had taken it for granted that I was listening to instrumental post-rock, when "Wunderkammer" surprised me with death growls and alternating Isis-like clean vocals.  The songs leading up to this point feel like an introduction by comparison, though that's by pure virtue of shock: "Wunderkammer" brings a force barely intimated by its predecessors.  Track 5 snaps the other way as it soothes with soft chords and gentle piano backing, working its way up to string-bending heaviness and pounding beats.  The last song, mercifully titled "Fate forgive us," brings in a saxophone, of all things, eschewing a jazz quality in favor of something sleepy, dream-like, and very much in keeping with the tradition of shoegaze.

It's obvious that the Buensucesco are brimming over with ideas and anxious to put them on display.  From pianos, to saxophones, to synths, to song titles that would stretch the word count of any review, these guys have crammed a lot of ideas into a package that's barely a half hour long.  ANALOGY: The Sun | Divided Line features bold yet compartmentalized experimentation, and I'm looking forward to Buensucesco exploring the ideas they've laid out here and expanding them into something larger.
~ Chris

For Fans Of; Isis, The Grasshopper Lies Heavy, Ashes and Iron