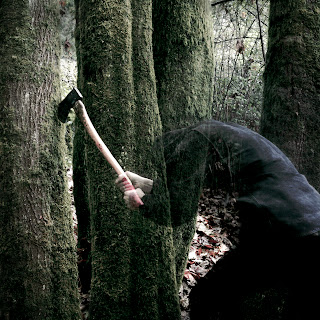 View Canada as you will. Neutral on a world scale and self-determined. Hockey-centric with a hint of maple-syrupy goodness around every corner. Anyway you paint it, Canada’s Baptists could give a shit. They have just as much rage to express as the next hardcore outfit, and it’s painfully clear on every track of their Southern Lord debut Bushcraft. The Vancouver, B.C.-based four-piece may give the first impression that they have nailed down the sound that has become akin to acts littered across labels like Deathwish or Seasons of Mist, but quickly show that they have the chops to deliver something more than a diluted album filled with a mish-mash of predictable breakdowns and lyrics waxing poetic about young angst. What Baptists delivers is a commentary on the existential, political, spiritual and financial spirits that haunt everyday life. This commentary is backed by brutal instrumentation that rarely lets up and allows the listener to catch their breath. While everything offered on Bushcraft isn’t necessarily groundbreaking, one can expect a solid listen that promises to become better each time around. It would seem that Baptists have quickly dug in their heels and have nowhere to go but deeper and deeper into the darkness that fuels their music.
Want it on vinyl? No problem! Just head over to Southern Lord and you can pick it up on limited edition swamp green wax!
~ Joe

For Fans Of: Converge, Trap Them, Botch, All Pigs Must Die, Nails