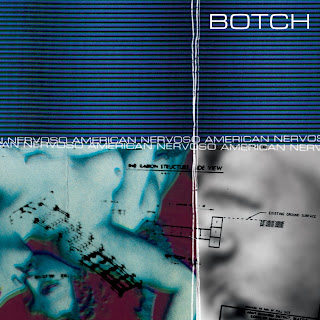 This Saturday marks the first of two Record Store Days planned for 2013 (the second finding its way into the annual shit-fest of America, more commonly known as Black Friday), with the first shaping up rather nicely in comparison to years past. While bands across all genres have come out of the woodworks to offer up b-sides, collaborations and previously unreleased materials, some of the most promising and intriguing vinyl releases will be offered up by longstanding metal and hardcore labels. The cream of the crop in those regards will be Botch’s 1999 debut American Nervoso, which will see a deluxe 2xLP release compliments of Hydra Head Records. The RSD-exclusive release will feature the album re-mastered in its entirety, as well as five bonus tracks (the majority appearing to be demos of the album’s material). The release will also feature the album’s original artwork.
For many, American Nervoso served as one of the most driving and moving records of the hardcore scene that quickly gained momentum in the early 2000’s. As the album still possesses the raw emotion and frustration felt by Botch’s members at the time of its recording, it is likely to be one of Hydra Head’s more prominent RSD releases despite a hefty back catalog. Following its initial release, American Nervoso revealed Botch as one of the more technical hardcore acts that stood apart from the breakdown-ridden bands of the time. Although Botch’s eventual disbandment resulted in the formation of other groundbreaking acts (Narrows, Russian Circles), their definitive sound remains heralded and will not want to be missed by vinyl enthusiasts this weekend.

All Record Store Day 2013 Releases can be found here.
~ Joe

For Fans Of; Coalesce, Cave In, Daughters, These Arms Are Snakes, Narrows