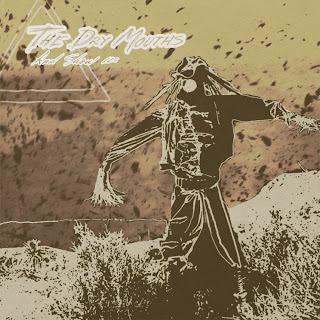 Describing The Dry Mouths could be very, very simple: Queens of the Stone Age meets Nirvana. There, done. But, even though that basically sums up their newest album And Show Us, it still doesn't do the album justice. Nor the band, for that matter. And Show Us' ingredients may not be the most original, but the way it is performed is not only admirable but also blows a fresh wind through the stoner genre. And by fresh I mean really fresh, like the smell of early spring in a forest right after heavy rain, that fresh. And still they're just a fuzzed-up Nirvana, but still it's good, and still it sounds original, don't know how the lil' fuckers pull it off but it is to my liking. This band confuses me, which I don't think has ever happened to me before. I like it. I think. Definitely keeping an eye out for their future works, hope they will get to exploring and developing their own sound some more, maybe take a few steps back to the experimentation of their first record (which is definitely worth a listen too). Lots of potential here, and well, they've put up everything up for name your price over at their bandcamp page, so no reason to not just give it a try.
~ Ruben

For Fans Of; Nirvana, The Pixies, Velvet Revolver, The Subways, Sunna