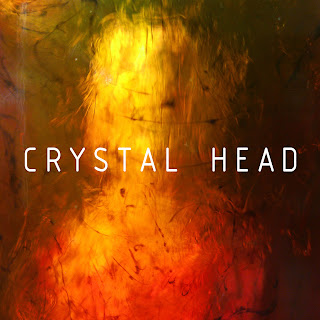 I met these guys in a bar and they have awesome beards.
No. Not that kinda bar. I probably should elaborate really... A couple of weeks back I was in Islington, London to catch Uncle Acid & The Deadbeats at The Garage. While waiting for the doors to open we spent several hours knocking back pints of the black stuff in a little pub called the Hope & Anchor, which is where we got chatting with brothers Jon and Dean. Conversation moved from beards to the site and then on to their band. So here we have it, I present to you, Crystal Head.
It's kinda hard to summarise what Crystal Head actually sound like, believe me we tried at the bar for some time. But picture a sort of post desert rock style with a Brit-rock undertone. Now, I will point out right here that it truly pains me to use the term 'Brit-rock' but I've wracked my brain for days and can't come up with anything more apt. You'll understand when you hear them though, trust me. Where various other desert rock acts could quite easily pass for being born and bred on the US's west coast, even if they really hail from Greece, Italy or Romania for example, there really is no denying this trio's roots. Not that that should deter anyone, hell, it's great to hear a fresh take on the genre! What's better is that it really works, and evidently from a variety of angles too. Bursting out the gates with what could almost certainly pass as a Karma To Burn written riff, Perfect Weirdo gives you your first taste of whats to follow in the next 43+ minutes. Ebbing and flowing along a predominantly mellow sort of path, there's a heavy presence of post rock that acts as a sort of backbone to the entire record, even when the tracks waiver from desert to space rock in tone. In fact, even when touching base with some southern rock stylings like the final minute of First and Last, the tempo can seamlessly be taken back down to conclude the album with the awesomely trippy and chilled out Night Of Broken Glass.
Crystal Head is brilliantly varied for the entirety and its easy to see why these guys are able to perform acoustic sets at the drop of a hat too. But if you wanna hear these chaps in all their plugged-in glory I suggest you shake your ass down to the now infamous Desertfest at the end of the month, where no doubt they'll be giving the rest of the line up's a run for their money.
~ Jay