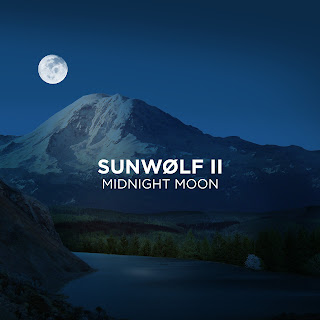 Matt from the band dropped me this nigh on a month ago and I've been sitting on it, itching to get it up and on the site every bloody day since. But being as the vast majority of you lot are enthusiasts of the herb, I could almost garentee that you'd all forget when it came to the day the thing actually dropped. So here we are, the album's available from today, and what better way could there be to start your week eh? I'll tell you... Bloody none!
Now I stated when we covered the guys first release Beyond The Sun that this band would go "from strength to strength", and to be fair I am rarely wrong. But it did soon dawn on me that their debut was pretty damn epic, and not just for a first release... Which doesn't really leave me with much wiggle room should this follow up have gone the way of the dogs. But in true Nostradamus fashion I was spot on with my prediction and lads have well and truly outdone themselves. The general ethos and execution of the record hasn't particularly altered from the first release, hell, where exactly do you go from near perfection? But what does differ is the overall feel and ambiance. In an beautiful reflection of the new artwork the whole affair is somewhat darker and more somber than before. Eerie and haunting, at times it plays out like Beethoven's Moonlight Sonata updated for the 21st Century. I know that's quite possibly one of the most unorthodox cultural references you'll find from a predominantly stoner rock orientated site, but trust me, it's fitting. Echoing a similar underlying melancholy at it's core as most  classical music, the whole album washes along beautifully, slipping effortlessly in and out of shoegaze and post metal alike. The guys execute every twist, turn, rise and fall with almost clinical precision and balance making this one of the finest examples of it's genre. If you're looking for an intoxicating collection of ambiance in the ilk of Red Sparowes, interspersed with the occasional and perfectly timed ferocity of, say, Isis then you really should pick Midnight Moon up. The download is available of today, but if you fancy a physical copy, you can pick up the cassette for £3 (limited to 100), the CD for £5 (limited to 50) or our obvious preference, lovely white vinyl for just £10! (limited to 300), all via the guys themselves through their Bandcamp page or our friends at Speedowax.
~ Jay

For Fans Of; Pelican, If These Trees Could Talk, Caspian, Russian Circles, Omega Massif