Dark Guidance Along The Path... 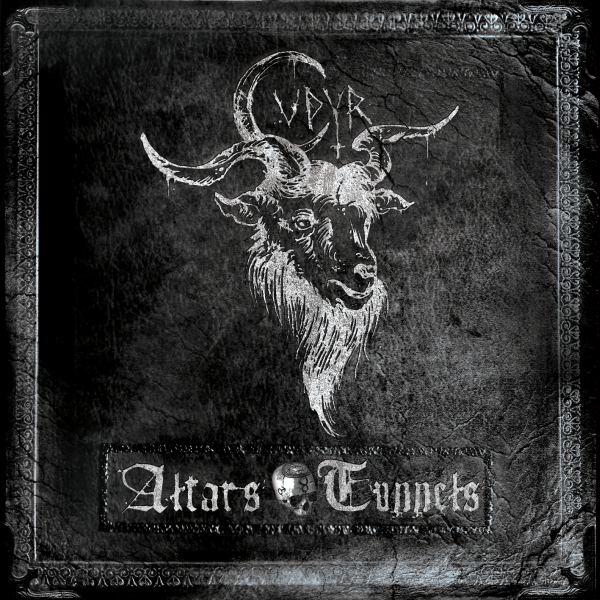 I'm snowed in, the temperatures have dropped below zero and I'm starting 2014 off with some Bulgarian sludge doom that just seems appropriate given the conditions. As the cold creeps in around my window sills and door jams, I am sitting here, chilled to the core by the haunting sounds of Altars/Tunnels, the latest demo offerings from UPYR. Comparable to sheer nightmares-turned-music, the album is a lengthy, four-track cassette that sounds as raw and gritty as the songs themselves, primarily dominated by altering vocal pitches and extended periods of hummed-out guitars and reverb. As dark an album structurally as it is visually (note the artwork), Altars/Tunnels doesn't so much present itself as a sludge record as it does a blunt thought, a strongly crafted piece of work that is nothing short of pure passion.
With everything heard here clocking in at around the 9- to 10-minute mark, UPYR takes their time setting up crescendos and breaks that soon develop into the focal points of each track. Smashing cymbals and thudding drums make the pace feel even slower, reaching serious levels of sludge noise that put many other acts in the genre to shame. Loud-to-quiet-to-shreeking vocals almost play tricks in the listener's ears, making it hard to discern if anyone is actually speaking amongst the ambient sounds of the eerie instrumentals.
The most produced track, opener "Before the Altars of Necrotic Karma," is a strong sampling of what UPYR does best and what will surely guide the direction of a future full-length. Long segments of drop-tuning and cult like chanting set the tone, but also work on a much higher level, never becoming just a "once-on-the-album" effect. Later portions of the song open up a bit more musically, showcasing an array of technical drumming and chord progressions.
"Into the Tunnels of My Sleep" and "Hymn To Pan" are very different tracks from the opener, serving as middle ground and somewhat of a segue in to the fiercest and bleakest of UPYR's work. Prolonged chords and deafening bass are the tour guides along the pitch-black paths that are these tracks, realms of horror and anxiety manifested into something all too tangible.
It takes a special talent to create something so moody and gut-wrenching in this day and age, but UPYR has created a whole demo full in one of their first efforts. Call it beginner's luck, but I think we may have a real solid doom band on our hands here.
~Joe