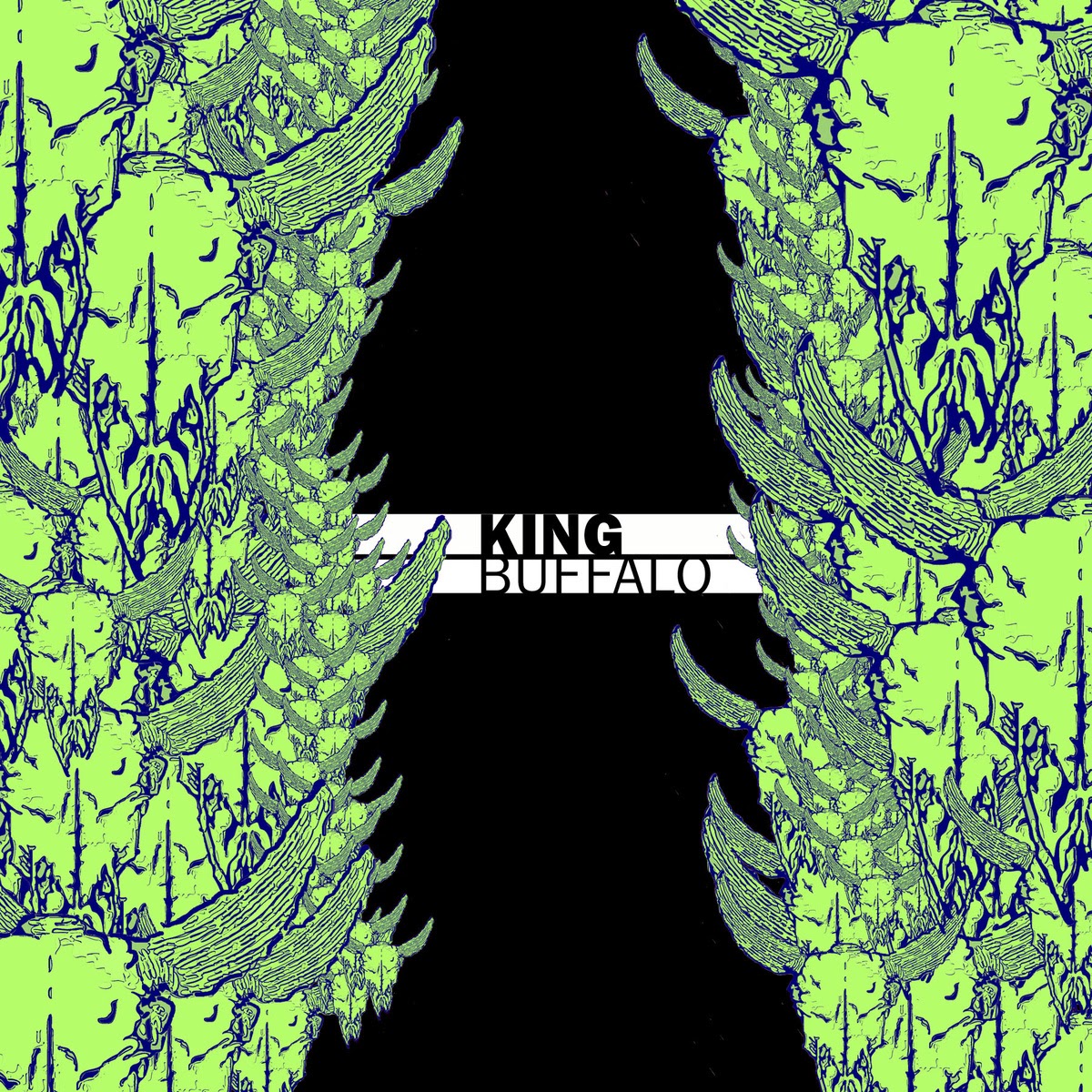 I've been on quite an angry and heavy musical binge over the last week. Mostly sat at the wheel, punching it and roaring furious Iron Monkey or GG Allin verses at passing motorists. Quite a sight to behold I assure you. Nevertheless, the weekend finally rolled around and it was time to unwind with a little help from this New York four-some.
It may only be a demo, but King Buffalo smack with a real and tangible promise. Right from the opening bars you tell that they've not skimped on the effort when it came to hitting the studio. So often is the case with many a band we receive. It's almost like some have just gone "Screw it. We'll record it in this public toilet on our phones". Not here. Either the chaps stumped up some cash or one of them really knows his way around a mixing desk. Not that thats the only redeeming feature of this recording! Don't get me wrong. Every element of it's 22 minute run time ebbs and flows with exceptional grace and execution. From its amalgamation of stoner rock and folk (we'll get to that in a moment) to its eerie melancholy that manages to simultaneously ooze buckets of psychedelica. I've lost count of just how many times I've played this demo from start to finish but the more I listen the more I hear elements of The Doors. It's apparent in just some many little nuances. The aforementioned psych is the most obvious, but what really hit me was the caparisons to folky style of Jim Morrisons voice to (I think) Randal's and the dark sombreness that washes over each track and does a perfect job to set the mood. It's not so apparent if you're only familiar with The Doors studio recordings, but go and dig out some latter day live footage and you'll see exactly what I mean. The first half of the final track Providence Eye is a prime example. Executed with a haunting blissfulness it serves as the ideal showcase of just how good these guys work together and just how well they're able to mix things up. Pushing the seven minute mark they're able to crank up the tempo and unleash a true stoner rock fury. Transgressing the boundaries of the initial progressive fuzz it turns towards a riff heavy chug before finally settling for wholly joy inducing slow, classic rock inspired outro. It's the perfect way to end an absolutely killer little demo. Keep a close eye on this lot, I think they may just have what it takes...
~ Jay