Sounds From the Spanish Desert... 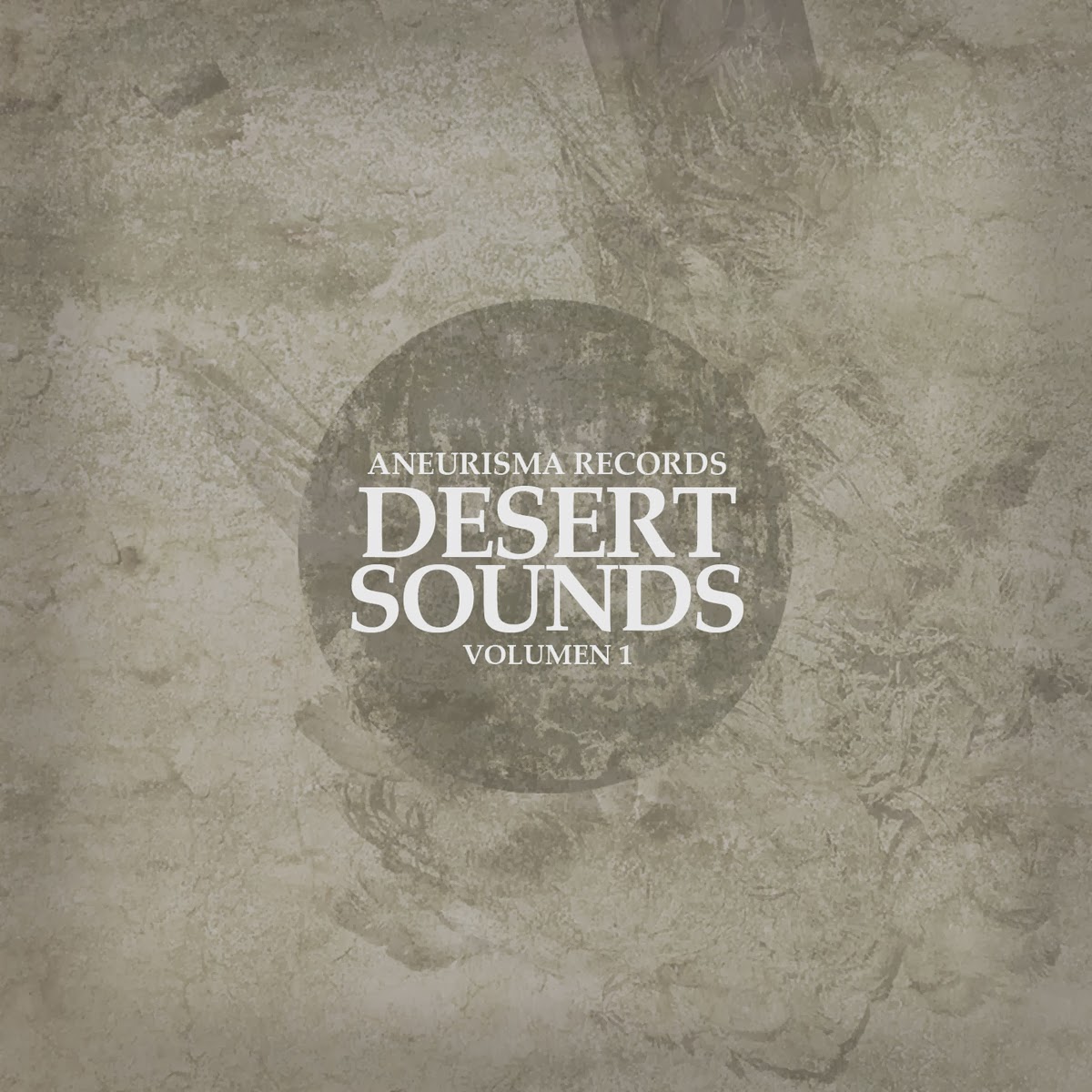 Aneurisma Records released a 15 track compilation album at the end of last year, to showcase some of the best in Stoner, Heavy, and Underground Rock exclusively from Spain. The result of their effort is a 15 track shot to the ass of rock and roll ferocity. From the beginning to the end this compilation shows 15 examples of the very best things going on right now in contemporary Rock music, not just in Spain, but the world, from the Stoner Rock sounds of The Shooters and Arenna, to the slightly more Alternative and Grungy Rock sounds of bands like Mother Gun and Angry Dogs, and everything in between.
Jumping right into it, the first track "RR en RF" by The Dry Mouths starts the album off with a very high energy song, with an intro reminiscent of early Godsmack. It quickly evolves into a fast and heavy guitar riff with pounding drum beats and anthemic type vocals though. It's hard not to move while it plays, even during the slower, bass and drum parts it's hard to keep your toe from tapping or your head from nodding.
The next song I'm going to talk about some is "Against the Storms" by The Shooters, this one immediately caught my eye when I was first going over the track list. I just picked up their 2012 album "Planet of the Black Sun" last year, and already knew it was a killer, so this track wasn't anything new for me, but immediately let me know the caliber of bands on this compilation, and it was high. For those of you unfortunate enough to not know who these guys are, the song they used for this compilation is a perfect example of Stoner Rock done at it's absolute finest. It starts off slow and builds up into a fuzzy riff-o-rama, complete with gruff, but well executed and powerful vocal performance.
After a few other songs including a Heavy Blues/Rock song "Betrayal" by Innermove, and the energetic "Our Head and Your Heads" by Otto the Pilot, you come to "Living a Lie" by Fungus. This one starts off with what sounds like an audio sample from the movie "Full Metal Jacket" (could be mistaken on that), which is quickly drowned out by a solo fuzz riff that picks up into a full fledged Stoner Rock song, a swinging drum beat comes in, takes control, and runs rampant through the rest of the song, only stopping long enough to let a guitar solo start up around mid-track. The vocals remind me a bit of something you'd hear in a Traditional Doom Metal song as opposed to a Stoner Rock song, more dynamics than you usually hear in this sort of music, but the styling translates perfectly. This is being one of my favorite songs on this album, I would be remiss in not telling you to check it out if you consider yourself a Stoner Rock fan.
The closing track "She's Electric" is by Pura Muerte, and it's a spacey jam for sure, from the heavy guitar part and thundering drums and bass all the way to the intermittent, spacey sound effects. After about a minute of instrumentals you're hit with a Bluesy female voice, and the song is never quite the same again. After the first verse, the band picks up the temp and never slows down, pounding it's way through another few minutes of song with that soulful voice wailing her lungs out on top, and it's truly a piece of art. It would seem she has that same kind of edge to her voice that Janis Joplin possessed and served her so well musically. In my opinion this spacey Heavy Rock jam is the best track on the whole thing, a perfect closer for the compilation.
Now, this compilation is free to hear over on the bandcamp, and you can also order the CD edition of the compilation there, but it's limited to 1000 copies, so I'd suggest hopping on that as soon as you get the chance. If you haven't already been sold on how good Spaniards can be at making absolutely kick ass Rock music, then this compilation should make a believer out of you.