For the hippies that time forgot, Baby Woodrose didn't forget 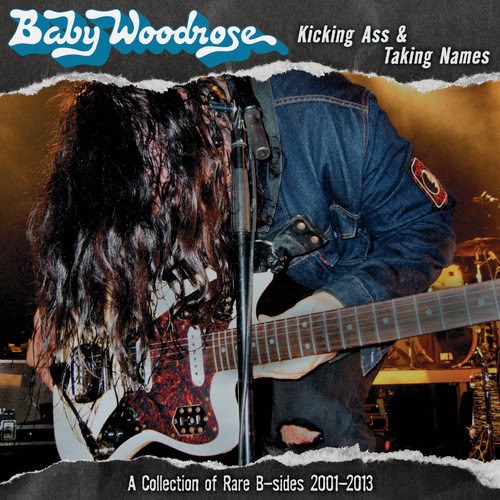 Unless you're new to the Stoner and Psychedelic Rock scene, you've undoubtedly heard of Baby Woodrose, and the group's extremely talented founder Lorenzo Woodrose. For those new people, a quick introduction, Baby Woodrose is a Psychedelic/Garage Rock band that was started in Copenhagen, Denmark back in 2001. They've seen not only a lot of success in the Psychedelic Rock community, but much national acclaim in their home country.
This compilation is comprised entirely of rare and B-side tracks from the group's hard to find, and usually fairly expensive 7" singles. The album pulls from across the Baby Woodrose timeline, from "6654321" and "That's How Strong My Love Is" which was recorded during their first recording session as a band, only a few months after the release of the classic "Blows Your Mind". All the way to the tracks "Light Up Your Mind" and "Bubblegum" which were released as a 7" in April of 2013. You can stream the songs "I Feel High" and "Good Day To Die", both text book perfect examples of that awesome '60s Psychedelic/Garage Rock sound, along with a large portion of the compilation over on their SoundCloud page. Of the songs exclusive to this compilation, I think my favorite is "Live Wire", with it's catchy riffs, and supreme vocal performance, this is classic Baby Woodrose in every bit of it's glory.
This compilation will be available on vinyl in a first run of 1,000 copies, and I was told that pre-order would happen sometime around the beginning of March, so be sure to keep an eye out for that over on Bad Afro Record's Facebook page. I'll personally be spending some money on this album, and if you're a Baby Woodrose fan that's missing some of that early stuff, especially on vinyl, this could be your best chance to get it.
Tracklist:
1. Information Overload
2. Good Day to Die
3. Coming Around Again
4. I Feel High
5. Making My Time
6. Long Way Down
7. 6654321
8. Light Up Your Mind
9. Bubblegum
10. Too Far Gone
11. Beat City (Ravenettes Cover)
12. Here Today Gone Tomorrow
13. Live Wire
14. That's How Strong My Love Is
~Skip