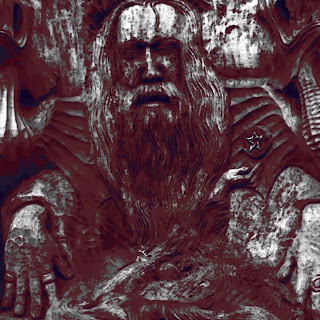 Wales isn't exactly renowned for its gritty down trodden doom. I mean, I once spent a weekend in Rhyl, which was a dull, murky shit hole. It was pretty grim, but thats about close as I think they've come. Thats until now. I present to you, Haast's Eagled.
I say doom, strictly speaking the lads really sit on the fence between good old stoner rock and doom, blurring that line between the two like many have before them. But worry not, what they bring to table will more than satisfy your fuzzy weed addled ears. The crushing riffs and crunching drums provide a backdrop somewhat akin to that Sleep's Dopesmoker. It's gives off that same dirty vibe while still retaining a wholly groovy feel. The fundamental difference being just two things; the occasional slow, melodic, almost folky break downs and variety of vocals provided, ranging from genuine singing to borderline black metal growls. I realise just there I've hit you with both folk and black metal, but trust me when I say it actually works. Obviously, the two don't exactly cross over, that would go beyond the boundaries of 'progressive' into, well,  just plain fucking weird. But they do manage to progress from one to the other seamlessly. I know that seems hard to imagine, and yeah, if someone said to me "it goes from a post rock kind of sound to Norwegian black metal being sung with a mouthful of tar and glass", then I would probably spit on their back. But don't just take my word for it, go check them for christ sake.
~ Jay