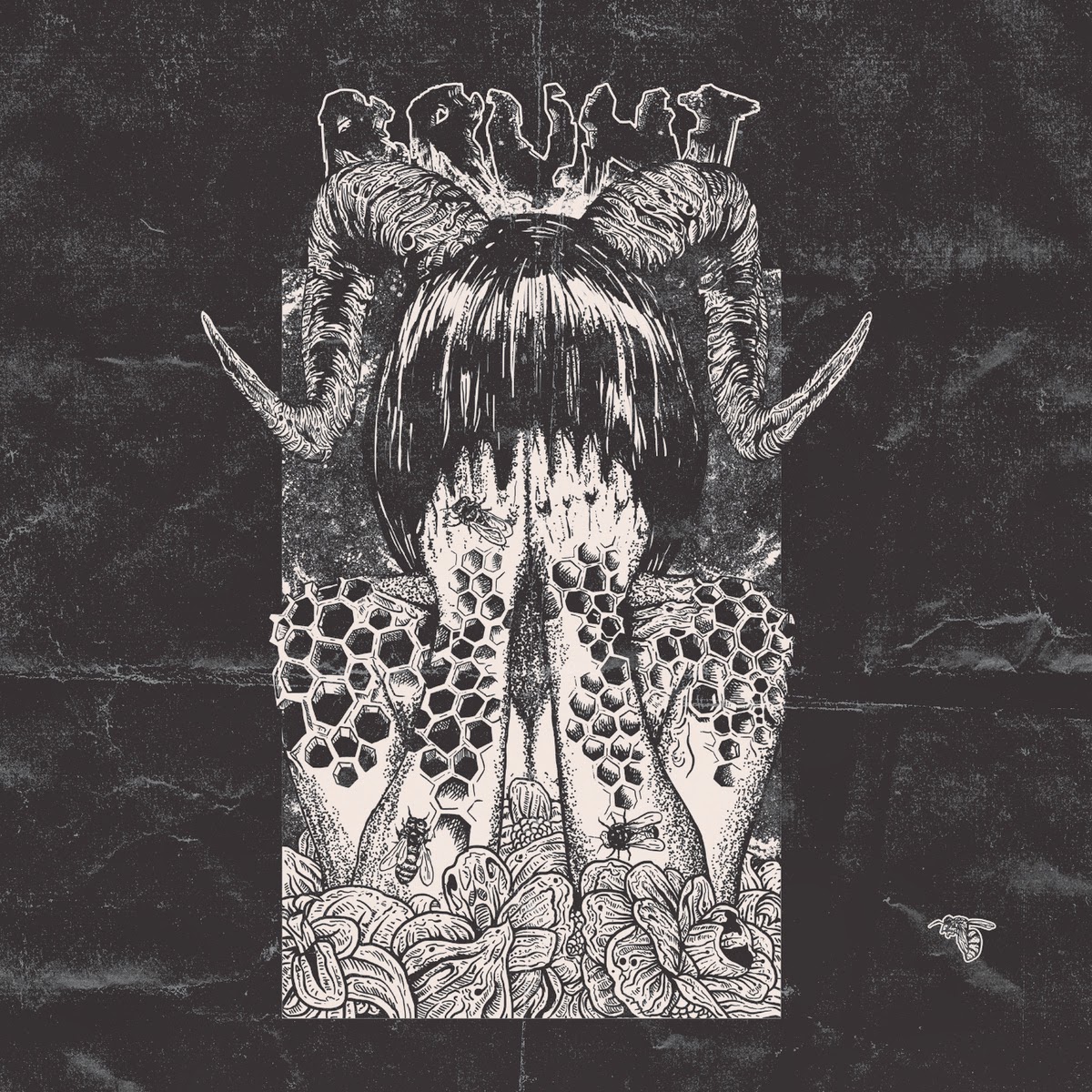 Brunt is an instrumental Stoner Rock trio from the island of Guernsey just off the Normandy coast, and if vocals were ever needed, it's not by these guys. With lots of fuzzy, hypnotic Stoner Rock riffs, and a hazy atmosphere about the whole thing, it feels like vocals would almost detract from the whole experience, regardless of the quality of the lyrics or vocalist. When you go the instrumental route, the listener is free to get lost in whatever they choose to find in the music. But in an attempt to give the listener some sort of direction, the band released some printed illustration to go along with the digital only format, that can be found over on their bandcamp.
Their self-titled debut album consists of five instrumental tracks that are full of as about as much groove and fuzz as anyone could ask for. The album's second track, "The Tale of the Hideous Tricorn", was an early favorite of mine. It opens up with a thunderous drum bombardment, joined shortly by a fat, chugging bass line. After about thirty seconds a thick, fuzzy guitar riff drops in and blows the whole thing apart. The guitar tone changes slightly while the song meanders through it's duration, but the bass and drums keep pounding away, always reminding you who's really running the groove. The closer "Raw Goat" also caught my attention, with an extra doomy bass intro to the track. It's almost a minute before the slightest trickling of guitar sound comes in, but in true Doom fashion when it rains, it pours and when the drums finally pick up the guitarist goes into full swing with a haunting guitar riff, devoid of almost any real distortion. That only makes it half way through before the skies clear and the fuzz is unleashed once again, and in fucking heavy fashion. It kicks into Stoner Rock overdrive and doesn't let up again until the end of the album.
Since it's a digital only album, it does cost a couple bucks (literally, a couple), but that's with the accompanying artwork, which there isn't much left of, and no telling if they're going to printing anymore, so you might want to jump on that if you really dig 'em.
~Skip
For Fans Of; Truckfighters, Nebula, Kyuss, Sleep, Astroqueen
Facebook  • Brunt Website • Bandcamp