Flames From The Amps... 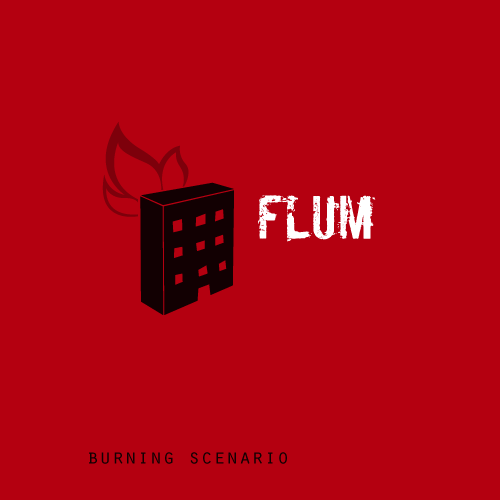 Flum's first EP (following up their debut album, PASSWORLD) is a fast-acting shot packed with fuzz and feedback, with some tasty liquid synth-work providing a sweet topper to their crunchy riffing. The three tracks (“Destruction Derby”, “Wax Toys”, and “The End Of All Things”) allow the band to show off their talents in a truly enticing way, pulling one stylish touch after another out of their musical bag of tricks. Deftness with harmonies, bridges, and core riffs gives the EP a surprisingly deep amount of stuff to savor, giving it a replay value you might not expect from something with a run-time of only 17 minutes. For what they've included, though, it's just the right duration, as they keep it quick and sharp in the time they're given. Tasty, groove-soaked stuff; hopefully some bright label will snag this for physical release in the very near future.
~ Gabriel