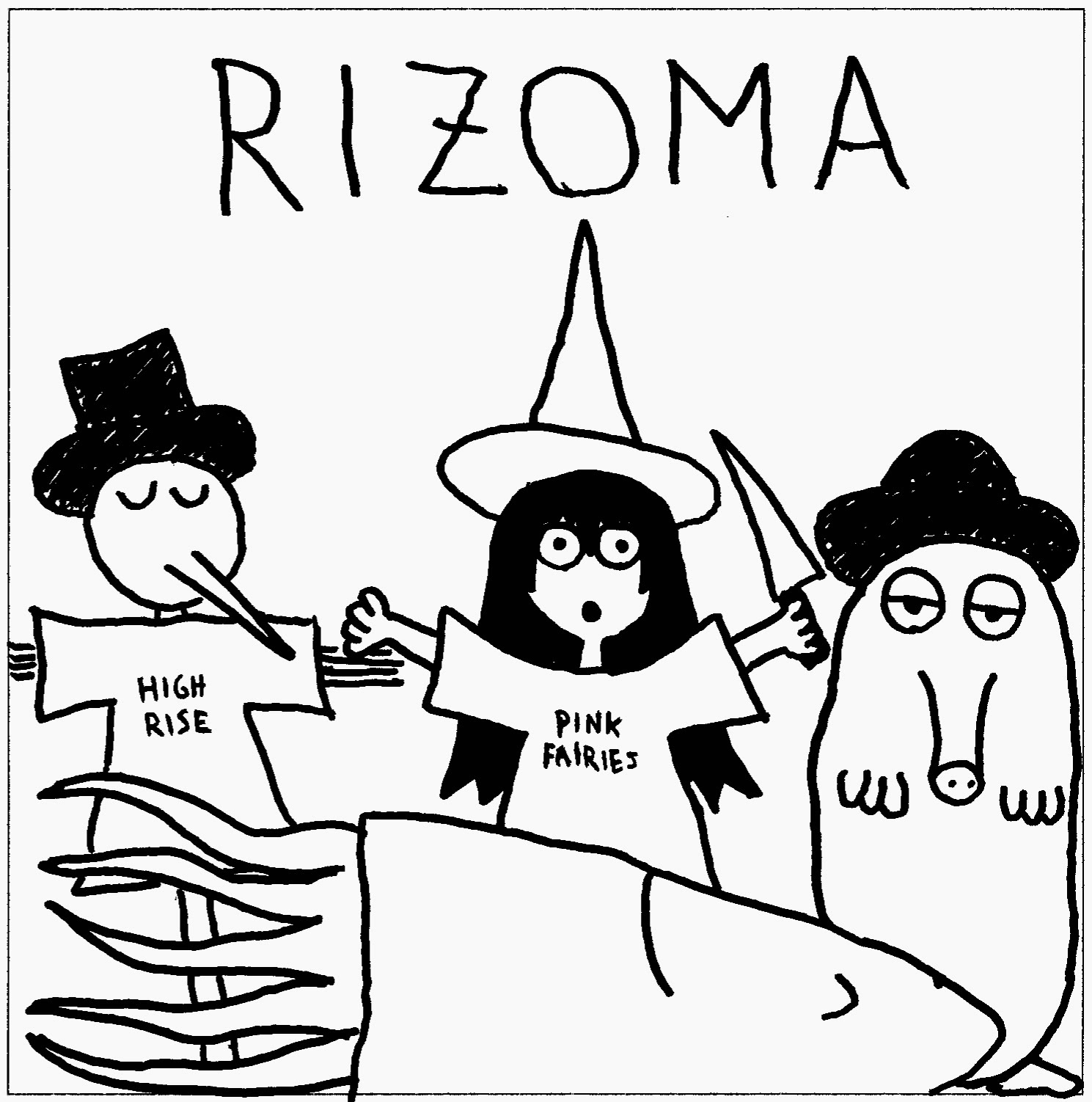 Rizoma's debut EP opens promisingly, with a controlled buzz of feedback quickly transforming into a fuzzy punk assault.  Tasty guitar ripping, controlled but punchy drum-work, and vocals that manage roughness without too much raggedness swirl around in a psychedelic-tinged wash of material that shows its proto-punk influences with pride.
The opening track is titled “Satanic Psychedelic Punks On The Run”, and thankfully, the rest of the EP lives up to this opening promise.  Though it's short (as EPs tend to be), Rizoma crams so much personality and sweet riffing into their time to serve as an in-depth introduction.  With a few name-drops of their influences (as on the second track, “It Feels So Good To Kill My Neighbors While Listening To The Stooges”), it's clear that the crew of Rizoma is having a good time putting these shred-head songs together, and that they want to share those good times with anyone and everyone who'll take the time to listen.  Groovy, lively stuff, and one hell of a great start.
~ Gabriel