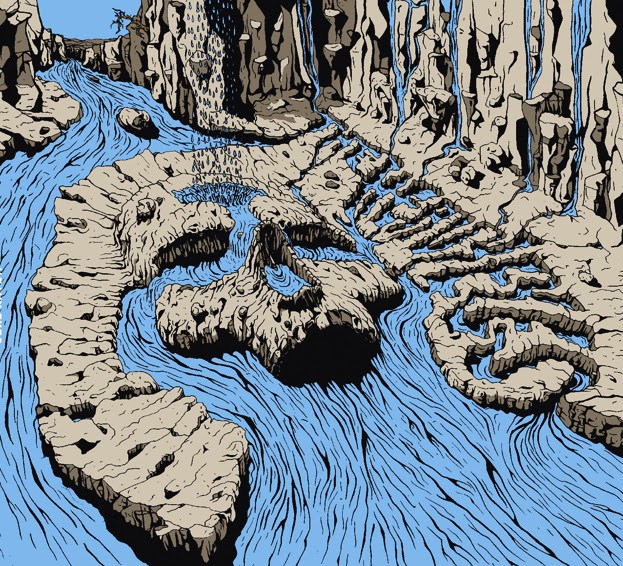 Deep and fuzzy blues rock from Memphis, Tennessee, The Heavy Eyes' self-titled debut album (originally released in 2011) recently received a reissue, courtesy of Kozmik Artifactz and Bilocation Records. If you haven't already heard it, just imagine delta blues translated into heavy rock, and you're in the right neighborhood. The drums provide a wall of pounding, the guitars have that bleariness you achieve around the 36th hour of being awake, and the vocals are flavored with smoke, but not to the point where it overwhelms what's being sung.
In short, if blues rock is your thing, and you'd enjoy having more stoner rock influence in the mix, The Heavy Eyes will provide you with what you want. Copies of the reissue are going fast (all of the band's personal copies available through their BandCamp have already sold out), but there's still a few left at Bilocation Records' shop, so snag it now if you don't want to be left hanging.
~ Gabriel