Disenchanter - On Through Portals (2014) 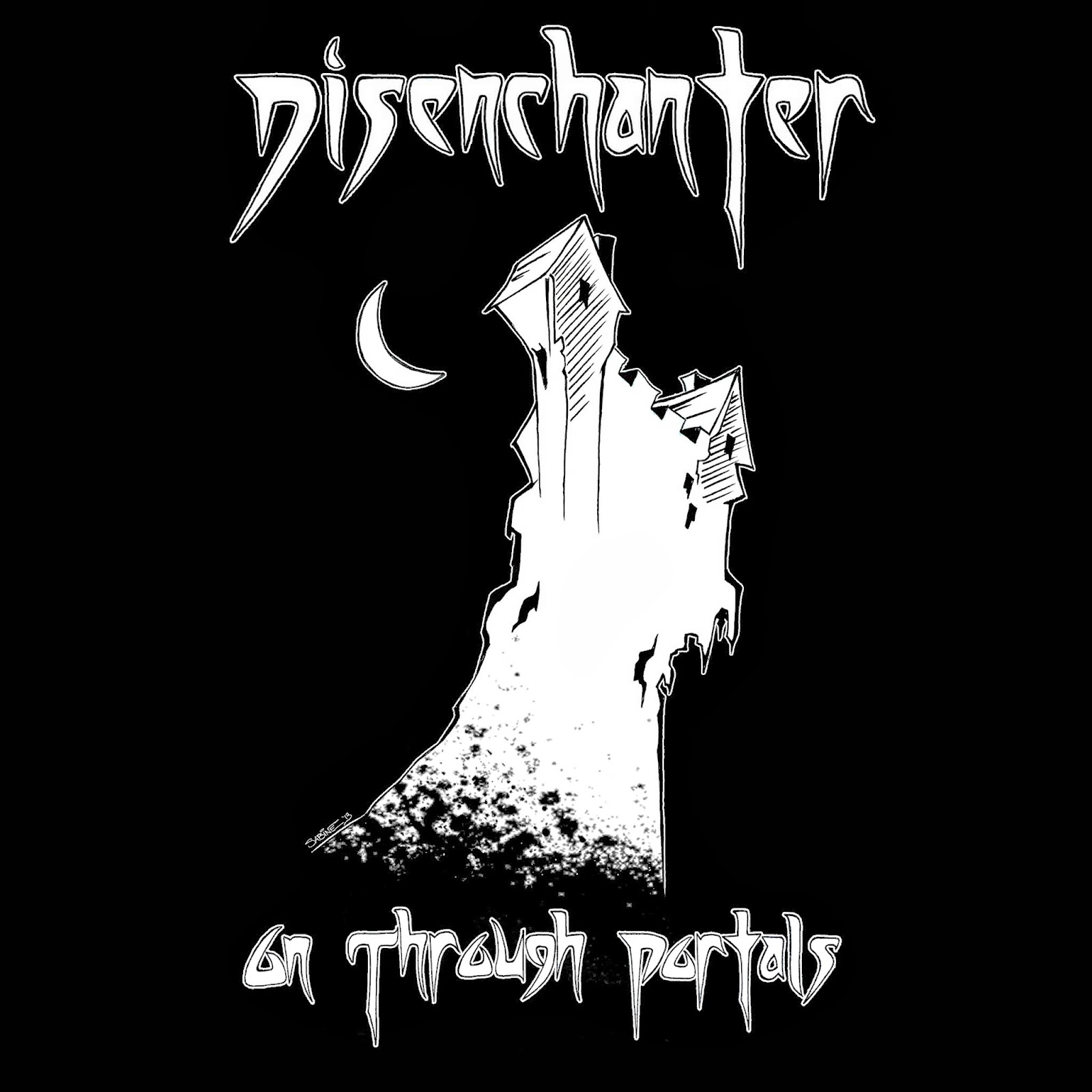 The latest release from Disenchanter is a 3-song EP that clocks in at half an hour of heavy doom. The first track, “Journey To Abydos / Moon Maid”, begins with a sprawling riff that develops into bigger, meaner, and more elaborate territory, digging in with gritty determination, and pulling itself onward into crushing depths; around the ten-minute mark, the vocalist steps in, delivering her performance with a clarity that contrasts nicely with the hot buzz of the guitar and cool pacing of the bass. “Invoke” takes over after that, dropping things back into a slower tempo so that they have room to rev them right back up again, kicking in guitar snarls and increasingly-wild drums against sudden break-downs and notes sustained into trailing fades. The last track, “Into Darkness”, is a grimy piece of sludge that honestly gave me goosebumps to hear, with its slow grind of feedback and bass getting downright filthy before the vocalist's brightness rises again.
Altogether, it's an extremely well-done EP, the kind that has a more than fair shot when you're trying to decide between listening to it again or throwing on a full album. The songs have enough variance in their development to give your ears something to really chew on, there's hard groove passages for slow head-banging, the production perfectly suits the mood, and they know how to get wild with it. Damn good stuff; according to the band, there's a cassette release in the works, so stay tuned and snap it up when it arrives.  They've also got a slew of tours in the WA/OR area over the next few months, so if you can make it, be sure not to miss it.
~ Gabriel