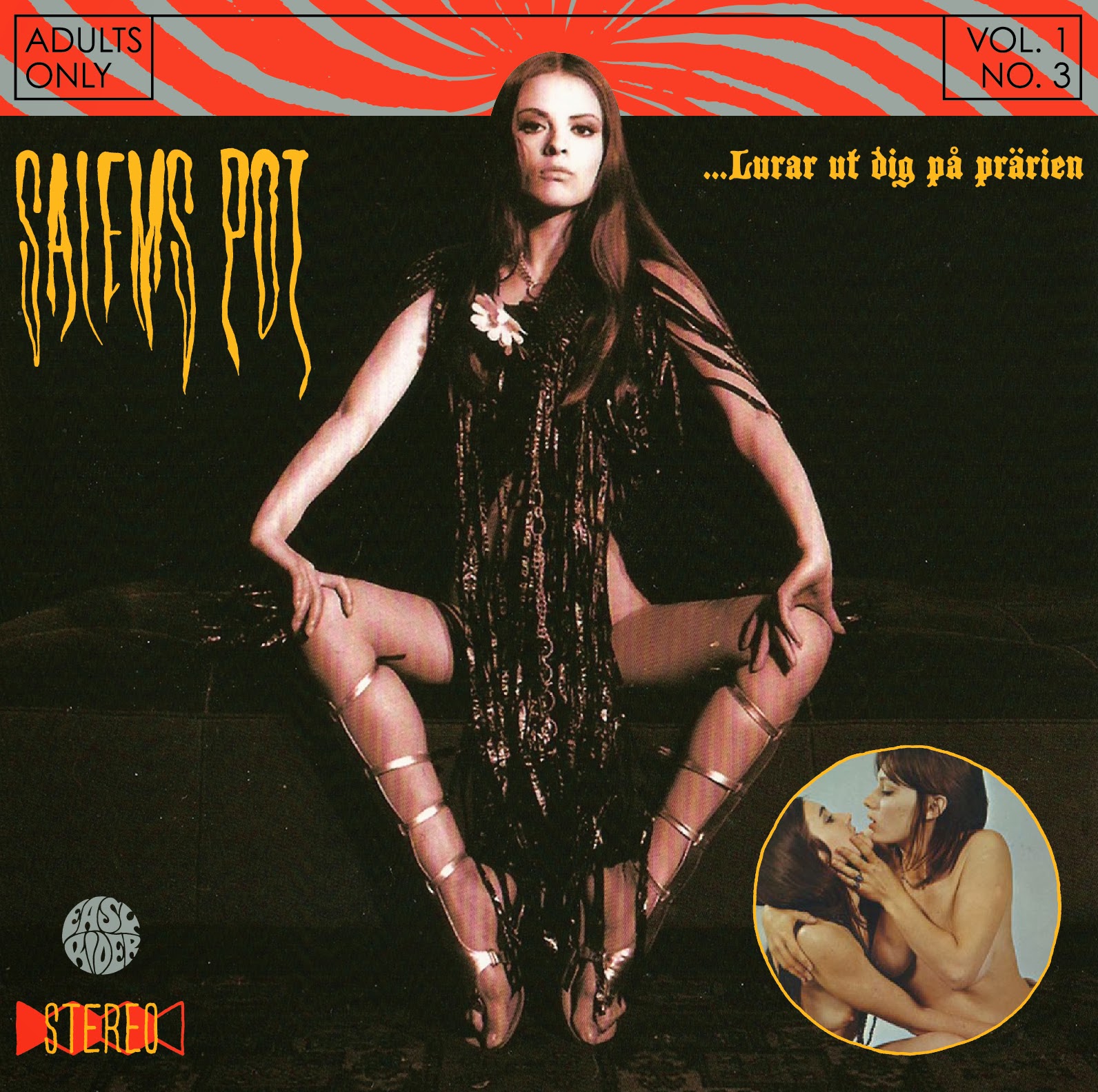 I didn't think the mighty Salem's Pot could really out doom themselves after the Watch Me Kill You EP. Goes to show what I know. ...Lurar Ut Dig På Prärien or Lurking... Dig Out ​​On The Prairie, (thanks Google translate!.. Yeah, I don't know what it means either) crawls right out of its hole and instantly greets you with a whole big bunch of creepy space rock fuzz. It's a bit of a change of pace for the Swedish doom mongers, well, less of a change of pace more of a revert to their beginnings as on the whole this new outing has slightly more in common with their 2012 release Sweeden. The main, and most noticeable difference being an increase in clarity of the production. Weird thing to first notice I know, but having spun Easyrider Record's last two brilliant releases from these guys more times than I care to recall, it felt quite apparent. Fear not though, Lurar... still contains more cult inspired doom than Christopher Lee's resumé. Where before there was a down right LoFi grittiness running through the entirety of Watch Me Kill You, the guys have this time opted to travel down that meandering acid doom path, and you know what? It really suits them. They've mixed it all up with their own brand of haunting psych and eerie (boarding on) post/space rock ambiance, but everything sure as hell points to them moving one step closer to joining the ranks of Uncle Acid, Windhand, Black Prism and the likes. It falls slightly short of being branded a change of direction, but the band have seemed to make a conscious effort to really work on their sound and harness a new and focused outlook, rather than just jumping on and ever increasingly crowded bandwagon. You could say they've stepped it up a gear. Dabbling with the experimental, pulling more engaging riffs from their collective hats and ramping up their creepy factor by a good 10%, at least. There's also something of a drug fuelled occult feeling that underlies this whole LP. A slow rumbling psychoticism that I've only been able to achieve before by accidentally playing a Sabbath 7" at 33rpm. It's beautiful and wholly terrifying all at the same time. I can't wait to drop a heroic dose of shrooms and slap this vinyl on the turntable. If you've got any sense, come April 29th you'll join me, once again, all courtesy of the fantastic Easyrider Records!
~ Jay