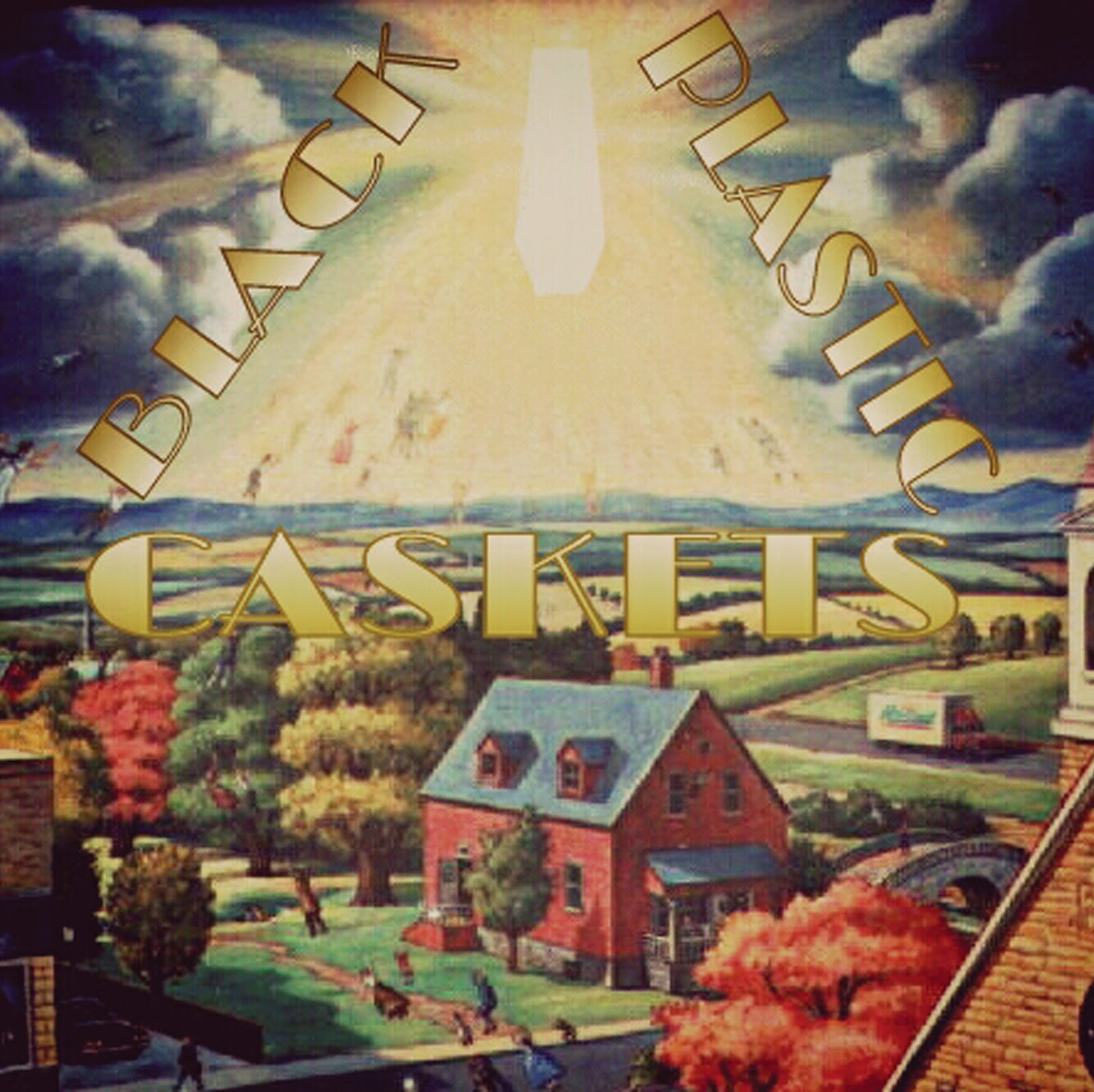 On Black Plastic Caskets' self-titled EP (not to be confused with their self-titled album from 2012), there's a distinct hard rock sound to the music, though it's tempered with elements from heavy rock and blues rock.  With six tracks adding up to half an hour, this band from the mean side of Ohio has enough time to get a sense of their style across, and they do so with an energy and enthusiasm that does them credit.  There's also a good flow from song to song, keeping things moving with enough momentum to not wear out its welcome as they throw their gauntlet down to the ground.  From the sound of things, they were having a pretty good time during the making of this record, despite the angry lyrics on which they rely.  The semi-sludgy break-downs were my personal favorite part, but there's enough effort put into this EP that you'll probably pick up on some other aspect of the affair that you'll like best.  Best of luck to this group in the future, and here's hoping that they don't grind themselves away to dust.
~ Gabriel

For Fans Of; Brimstone Coven, The Heavy Eyes, The Swill, Outlaw Order, Clutch