Burning On And On... 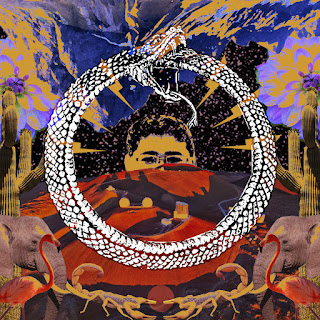 Neverending Cycle is the second full album from this Brazilian group, and with it, they groove through eight tracks of solid heavy rock, seasoned with retro psychedelia and a more modern touch of hardness to their rock.  Savory guitar tones rolled in light fuzz, jazzy drum-work, a strong sense of atmosphere, and grooves crafted to sink firmly into memory are cooked into an impressively detailed album.
The care taken with building momentum across the songs is another strong point, with a swift rise through the first half, a breather in the form of ~2-minute "Pasaje", and a ramping up through the last three songs, ending with the ~7-minute rampage of the title track, which wraps things up with plenty of flourish.
It's an album that's easy to just let yourself get absorbed by, soaking up the powerful riffs and rhythms, but at the same time, it's one which rewards careful listening, picking out the nuances of those sweeping drives.  Pre-orders are up now for vinyl and cassette copies, so if you've got a taste for heavy rock that does more than just imitate the old ways, do yourself a favor and check in on SHOF.
~ Gabriel