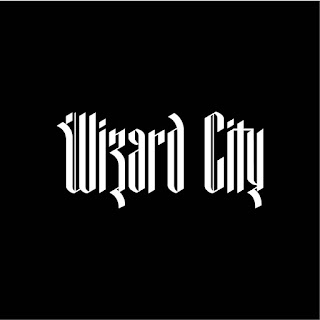 Starting off with a film sample worked well into a building atmosphere of dread before launching into low-toned strings, grinding bass, and raw vocals, "Filthy Disease" starts off this debut from England's own Wizard City with a fusion of doom and sludge, roiling sickly between the weight of the former and mental grime of the latter.  It makes for a striking mix, one executed quite well by the quintet, with further exploration shown in "Eternal Realm of Hate", which brings in a stinging sharpness for the guitar while the vocals belch out that old chestnut of "Where is your god now?".
"Jail Cage" churns up some fuzz while handling a bit of a throwback-flavored main riff, the proto-doom of it soon savaged by the sludgy rawness and aggression, though it rises back up to take its own before the finish.  Lastly, "Abyss" sinks into an instrumental pit of nasty growls and heavy resonance, making for a stylish finale which show-cases the group's abilities in constructing a layered monster of a track.  An excellent first release, and one which should have listeners looking forward to further output from this crew.
~ Gabriel

For Fans Of;    The Air Turned To Acid, Coffin Torture, Dopethrone, The Hyle, Verdun