And So, It Spreads Outwards... 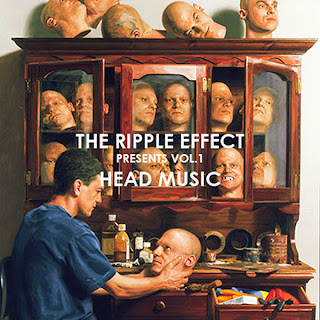 The music industry and the internet have had a shaky history together, mainly because of the degradation of the cd and vinyl by mp3 downloads. But it’s this kind of thing that reestablishes my faith in the relationship between the two. What started out as a simple forum created by two music lovers, Todd Severin and John Rancik , 5 years ago has evolved into a full on record label, radio show, and a kickass website. And now to celebrate this timely benchmark, they’ve released a compilation of the best tracks they’ve put on their site and some other tracks from their favorite acts that haven’t been previously been released. This is the first time that I’ve had to review a compilation for the blog and I think that when you’re listening to the album itself, you have a different approach critically than if you were listening to an album by just one band. You have to be more open to variety within the album, but you don’t have to worry as much about quality because these songs were specifically handpicked because they’re good. The compilation truly is great, filled to the brim with southern fuzz, gritty vocals, reverbed psych bits and awesome bass lines. I’ve been listening to this album for a couple of days, and because of it I’ve pretty much found out about 10 different bands that I now love, I’m sure you will want to research each one of these bands further like I did, and maybe even visit the ripple effect site. JUST DON’T FORGET ABOUT US HERE AT RIDE WITH THE DEVIL! Especially because we have a compilation of our own, so stay tuned at the end of the year for it. The compilation is apparently the first of many and it’s available for free on the site’s bandcamp page.
~Bernardo