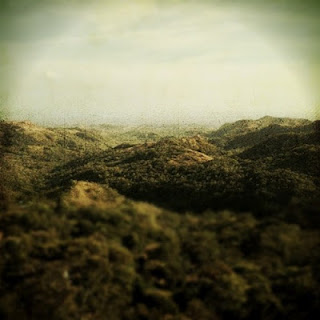 Ever wondered what Isis would be like if Aaron Turner had been heavily influenced by classic rock like Mountain, Cactus and Grand Funk? Or how Clutch would sound if they all had anger management issues and lets say, a chronic meth dependency? If the answer is yes to either, or both of those questions then for christ's sake you have to hear these guys!
By far my best find while trudging through Bandcamp this year. A mixture of post metal stylings but with a deep seeded groove that resonates through every single note and chord. It's a pretty unorthodox combination and not one I can really pin directly to any other band to give you a comparaison. The post metal ethos stems from a certain intermittent tone and a somewhat disjointedness that the band have adopted in parts. But this is only really a small part of a bigger picture. The bulk of the record very much acts like a groove fuelled freight train thundering along at a pleasantly terrifying pace. Jay's deep gravelly vocals wash around a sea of thrashing percussion and fuzzy riffs that seem to pay homage to a wide selection of genres, seamlessly whaling in and out of doom, classic rock, psych, stoner and southern rock licks. It's nothing short of mind blowing to think how well these relative unknowns have pulled it off especially when you recall all the more established bands that have tried similar feats and fallen flat on their faces. But with a credential that lists them from coming from such former bands as The Chariot, Architect and Jesus Mullet we really shouldn't surprised at the quality.
The fact of the matter is if you've got s f**king brain in your nut you should be check out this beauty of an EP. But don't stop there, go show the band some love by hitting up their facebook page. From what hear they're currently on the look out to get some vinyl pressed...
Fan-bloody-tastic!
~ Jay


For Fans Of; Maylene & The Sons Of Disaster, Planet Of Zeus, Orange Goblin, Dukes Of Nothing, Charger