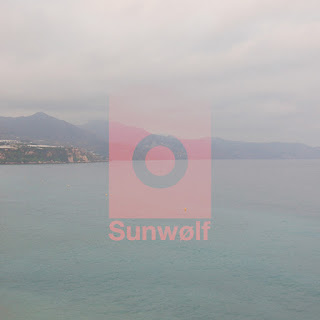 Bit of a mellower, less angry entry to Brett's usually sludge/doom Wednesday offerings today. It's his birthday, so I've given him the day off.
It's been a while since I've really sat back and listened to some new 'shoegaze' (god, I hate that term) kinda material. I think If These Trees Could Talk's Red Forest was possibly the last real new album of the genre that I truly bathed in. But we all need to sit back and unwind every now and again so it's about time my iTunes was graced with a worthy successor, and you know what, I think I may just have found just the tonic. Hailing from Leeds UK, this pair of fellow Brits have really bolted out the gates with a fierce conviction and execution. Recording the seven tracks under the guidance of Ross Halden who's worked with the likes of Rolo Tomassi and Wiht they then passed over the mixing duties to Mell Dettmer, who has many years putting the finishing touches to recordings by Sunn O))), Boris, Sleep and Earth. Not a bad little team to be working on your debut, I'm sure you'll agree? So a killer album's inevitable right? Well, yeah pretty much. There's no point burying the lead here I guess, because this thing does tick all the right boxes. Granted, if you're not that much into the post rock genre and its offshoots then it obviously wont be your cup of tea. But if you have ever ordered anything from say, Cavity, Denovali or The Mylene Sheath I'd go out on a limb and say this little gem will win you over. Entirely instrumental and with a slightly more clinical sound to my personal instrumental favourites; Giants, the record like many of its predecessor's takes a slow emotional wind up across the bulk of the first couple of tracks before tearing through track number three, Morose Land like a herd of horses through a thunder storm. The pay off doesn't just get thrown at you in one big bulky load though, as the album progresses it meanders and weaves through a sheer geography of genres and styles. Touching base with some post metal early Isis like moments, ambient melancholy and even half way through the second from last track, hinting at a slow almost disjointed deep south blues tone. It's honestly a blinding first time effort from a band that are only gonna go from strength to strength.
I've had a word with Matt from the band and he's been kind enough to throw a track or two up for a free download prior to the albums official release on November 26th.
~Jay


For Fans Of; Caspian, Barn Owl, Gifts From Enola, Blueneck, Harbour Of Devils