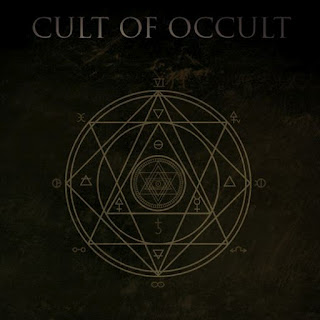 Here we have a four track album of down tempo slow crushing sludge. This is Cult of Occult’s first realease but they sound like seasoned veterans of hurling pissed off sludge into your fat mouth. Cult of Occult is a four piece from France (I think) based on looking at photos of them and smelling cigarettes and hairy armpits. What I really like about this band is their gear, I ain’t much of a gear head but when you see a sludge band with two half stacks how are you supposed to feel that overwhelming sense of impending doom? These guys do it right, four full stacks and only one guitarist and a bassist. The slow churning of this doom machine does their wall of amps justice as they tear up every false doom band in its path. This is definitely an album to listen to after the bar finishing off your night of drinking in you’re buddy’s backyard convinced you need one more only to fall asleep with it in your hand. Good night.
~Brett

For Fans Of; Eagle Twin, Asunder, Wolves In The Throne Room, Graves At Sea, Brotherhood Of The Lake