From The Wintery Depths... 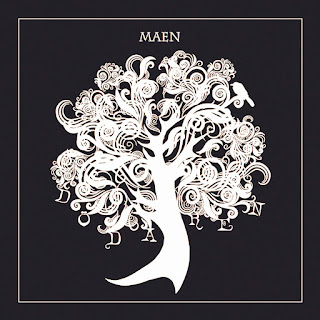 Last year these fellas really impressed me with their little 3 track EP Flyttar In, it roared straight out the gates with a determined wholly Scandinavian array of riffs and composure. Well now the Swedes are back, having busied themselves in the studio they return with an extensive armoury comprising of 8 new tracks. Much to my hopes the guys have retained the original up-tempo beat and ambiance, churning out licks all bathed in that certain twang that only seems to come from those northern snowy parts. But alas that is a lot to keep up with when you're knocking out an extra five tracks, so this time around you're treated to timely waves of ambiance and break downs leading to a more chilled out and melancholy feel in places. As with the EP the vocal tone is absolutely spot on throughout the album. Thats about as much as I can really elaborate on as far as the singing goes because I can't understand a single word. Not that that's necessarily an issue. Hell, I can only pick out a few choice words when I'm listening to Church Of Misery and they're one of my favourite bands and they're (somewhat) speaking English. So yeam, if Swedish isn't your native tongue then you may not have much of a clue about whats being sung about too, but if like me you too appreciate the power of the riff then Maen is well worth your attention!
Fredrik from the band informs me that you'll be able to pick up a digipack version of the album around December time. Until then, y'all know what to do...
~Jay