Sorting Through The Scrap... 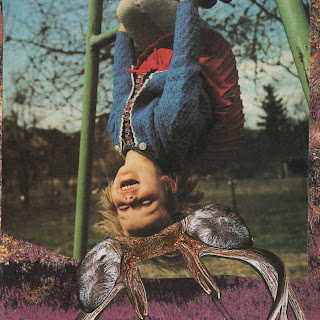 Alright, so I was browsing around for bands on bandcamp a couple of days ago, bored out of my mind, trying to find a suitable group for my next review. Without even noticing, I stumbled upon this: “Pile” and their stuff started playing while I kept looking for other bands, it was ok, I mean, I’m not a big fan of the whole indie rock thing that so many bands are trying to do these days with soft vocals, intricate and clean guitar chords, and absent drumming…but then, I heard it, truly beautiful, the vocalist lets out a visceral scream, the guitarist attacks the strings, the drummer destroys the cymbals and the bass player is exceptional! I had no idea what was going on, I just knew that it was awesome. Naturally, I kept on listening, and found that this four-piece band from Boston has made a Frankenstein monster of a musical genre, mixing in a vast vocal range - from clean Coldplay style singing all the way to brutal hard-core shrieks - on the guitar side if things, every chord you can possibly imagine a human hand can perform be it intricate or just punk style repetitive AND sweet blues and rock influenced riffs, a kick-ass drummer, and finally a bass player with so much prowess and character that the speakers make my room shake with awesomeness. I cannot recommend this band enough, this huge mix of styles really made it stand out from the other stuff that is available to us on the net.
The night before I first discovered Pile, I was hanging out with some friends, so coincidentally, I got home pretty late and I was kind of tired throughout the following day. I was already kind of hazy when I listened to these Bostonians for the first time, and then I had what could possibly have been the idea of the century: I napped…while listening to this album. I can barely describe what it felt like half dreaming half listening to this crazy stuff, although I can say that it was amazing. But also, don’t forget to listen to the album while paying attention to it, because some of this stuff may go unnoticed if you’re dozing off.
~Bernardo

For Fans Of; Nirvana, The Pixies, Fugazi, The Shins, North