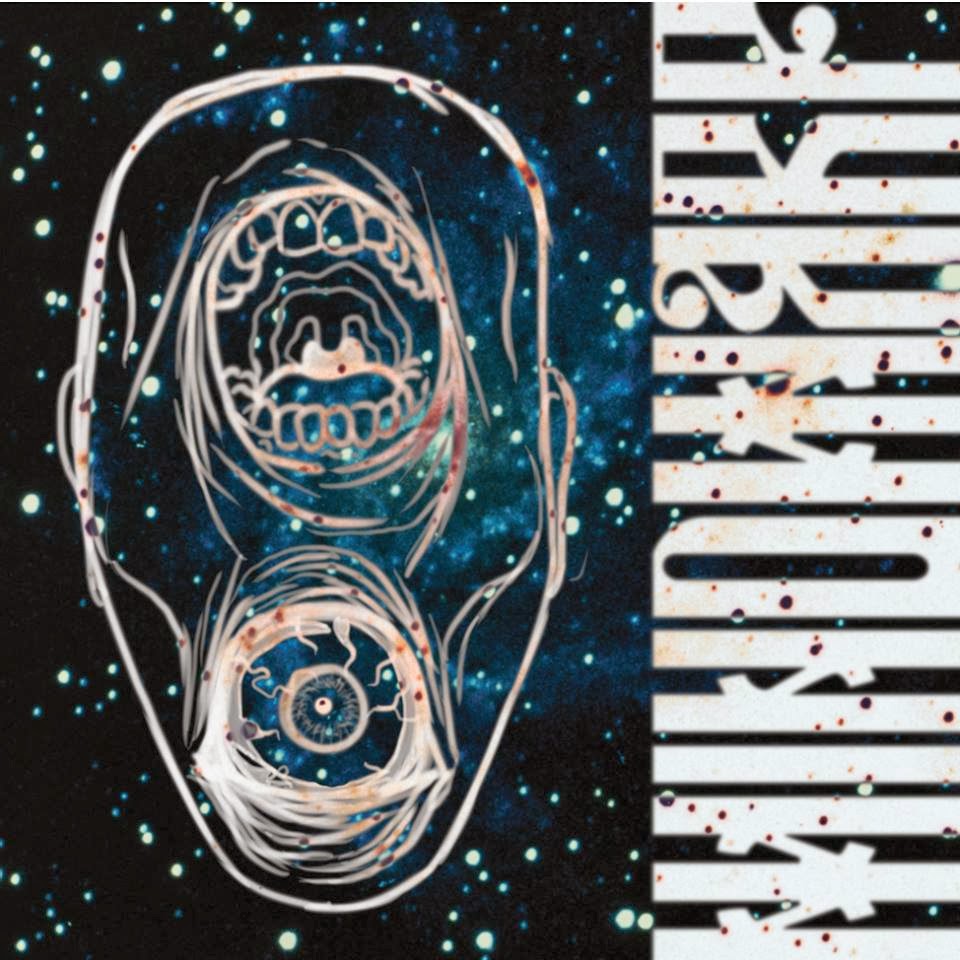 On their self-titled debut EP, Mindwarp tests the waters with approximately 23 minutes of mellow grooving, drawing mainly from bluesy psychedelic rock for their style, which remains resolutely instrumental, letting the instruments do all the talking that needs to be done. Skilled meshing of rhythms and riffs helps the band put down a strong first step on “Haarko – Haari”, before they plow onwards into the chunkier chops and wailing guitar of “Adrenochrome”, the drifting big-sky blues of “Excuse Me, I Have To Go To Space Now”, and the thrumming, thick-clustered chords of “Iramocram”.
It's a very tasty first helping of sounds from the band, which does a great job of showing off their technical skills while losing themselves in a heavy blanket of psychedelic overload. While waiting for the group to put together and release a full LP, this EP will find its way into plenty of repeat listenings. They've earned it, along with their name.
~ Gabriel

For Fans Of; Blue Cheer, Sungod, Eternal Elysium, Jess And The Ancient Ones, The Druids Of Stonehenge