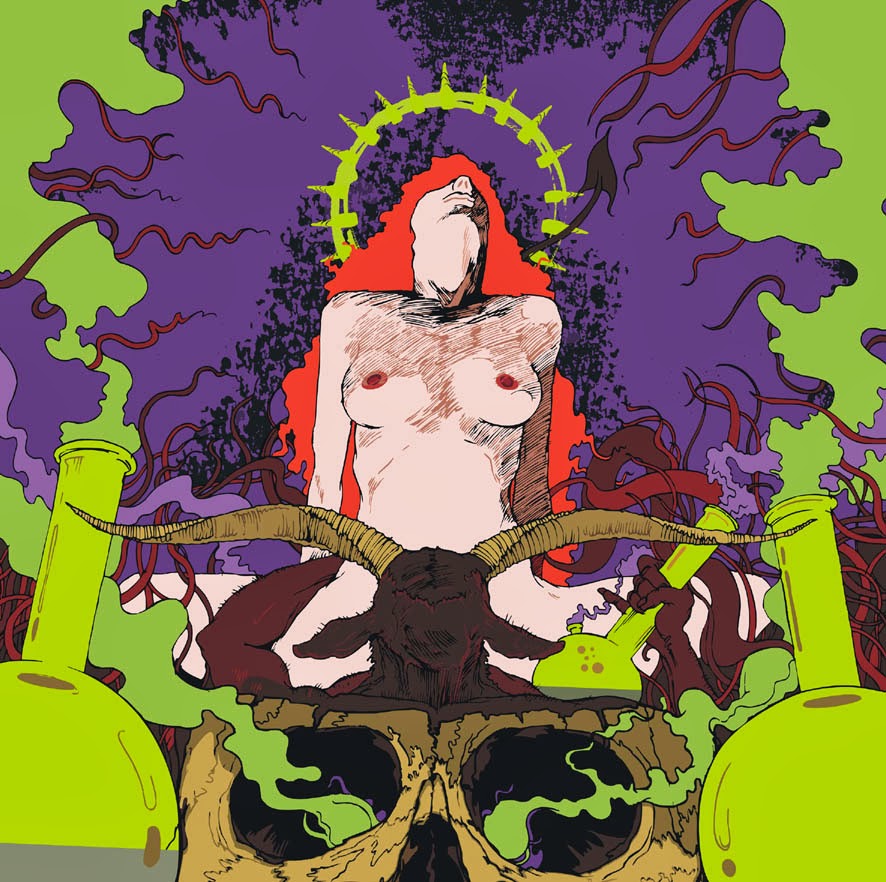 This five-piece band from identifies themselves as devout Sabbath worshippers, and though there's just four tracks enclosed on this EP, those four tracks are more than enough to confirm this claim. There's definitely some modern touches, as with their solid use of a horror movie sample or two, but the majority of the EP is engulfed in swampy rolling reverb, thick riffs, and a heady haziness that effectively evokes black candles and green smoke.

The EP begins with “Not The One”, which starts things off on a decidedly heavy note with a message for sinners before casting off into slow, sludgy depths, and sinking deeper for almost ten minutes. The music keeps a smooth momentum from there by rolling into “Mouth Of A Cave”, which delivers more red-eyed riffs while trimming enough of the feedback down to let the singer's voice shine through, which it does quite well, striking a nice harmonic balance with the other instruments. From a trailing sustained guitar wail, things get a bit more openly psychedelic on “Acid Dream”, which turns the air into a disorienting fog of thick tones, and “Stoned One” brings things to a close with a classic-sounding gritty riff that ends up shredded to pieces by the last note, neatly tying up a release that begs to be listened to over and over again.

Excellent work from the group, and hopefully some label will be canny enough to sign this for a physical release in the near future. In the meantime, you can head over to their Bandcamp page and kick 'em a few zlotys for your own digital copy to hold you over.
~ Gabriel

For Fans Of; Windhand, Jess And The Ancient Ones, Belzebong, Electric Wizard, Black Sabbath