"Death in the Afternoon"...is that code for a sex thing? 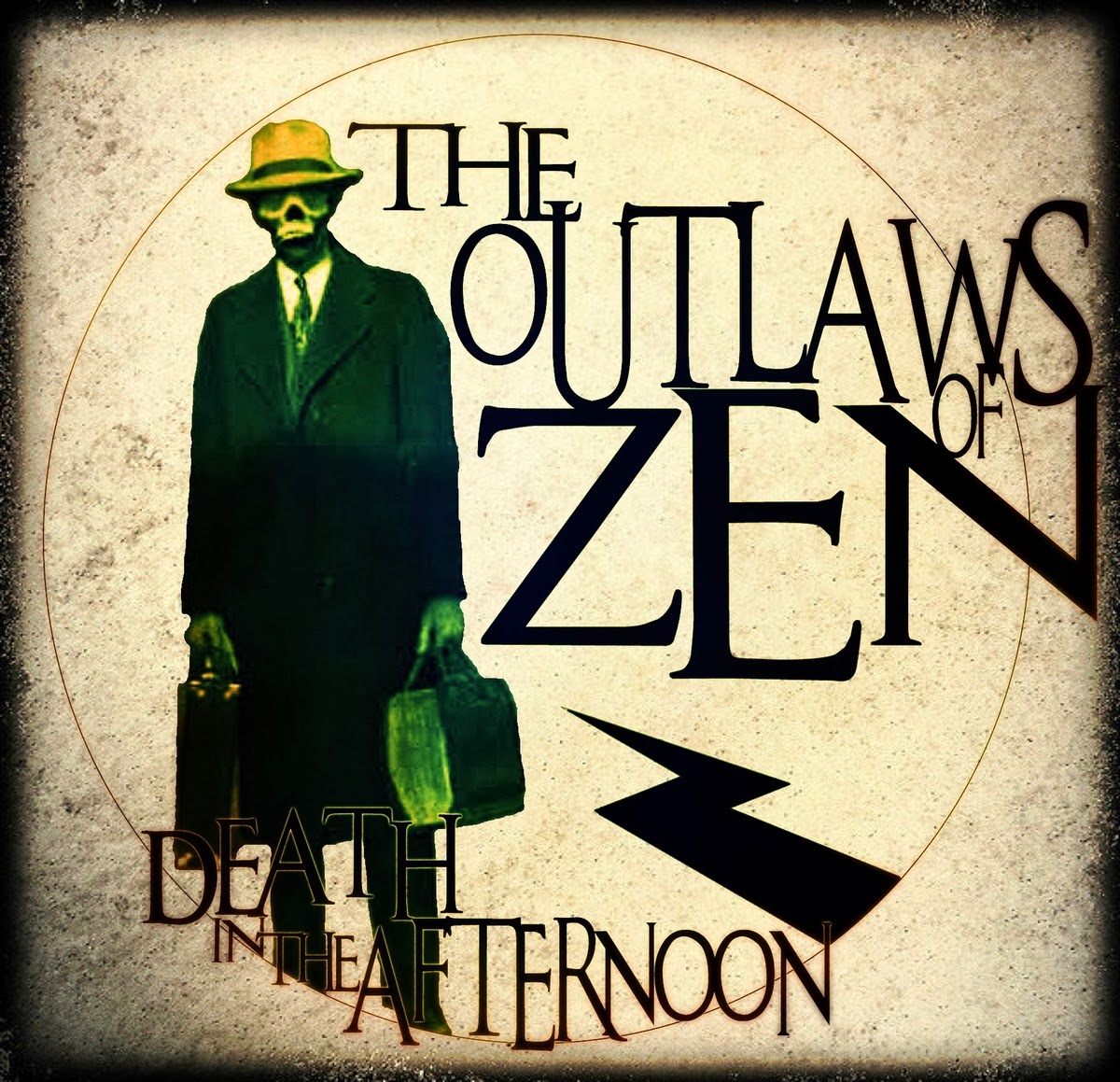 This four piece, from Michigan, have dubbed themselves The Outlaws of Zen. I don't know exactly how many "Zen-like" qualities they possess, but "The Outlaws" part seems to fit them pretty well, playing a down and dirty sort of Heavy/Retro Southern Rock. If you've come looking for spacey sounds and long, droning guitar chords, I suggest you keep scrolling because this isn't what you're looking for. But if you're looking for something to blast out of your stereo on the way to the race track or while you're just out drinking and causing trouble, this is exactly what you need in your life.
The title track "Death in the Afternoon" opens up with a funky sort of bass riff, which is shortly joined by the drums for a complete rhythm section jam for a few moments before the howling guitar and vocals drop in, with a certain amount of the dirt road bite that reminds the listener of Orange Goblin at certain points. The following song "Burning Bridges" is a little different, with the guitar having a bit more of a darker tone, along with the vocals being a little less prominent in the mix, but those classic, gravelly, slightly Southern fried, vocals are still right there. It serves to give the song a darker vibe than some of the others, but doesn't detract from that retro sounding riffs that back the whole thing up. The last song on the album "Hangovers Feel Better Than Regret", is a Blues influenced song through and through, the most mellow on the album, it shows their songwriting chops aren't only used for fast, no fuck giving Rock and Roll, but for deeper, Blues riff driven songs that to be just as heavy as the previous 5 tracks. When you compare it to the rest of the album, it's a fairly large departure from their tried and true sound, but it is also a superior closing track and probably my favorite of the album, with a soul filled vocal performance that seems to harken back to those good ole' Motown days in both vibe and emotion.
I've only touched on three of the six songs here, but if those I've talked about sound appealing, you'll dig the rest of it too. You can go check out their bandcamp and give the whole thing a listen, and get a pretty cheap download. Then if you're like me, got this album and wanted to hear what else they had to offer up, they have an EP from 2012 also, available as a name your price deal.
~Skip