Call of the Mammoth Salmon 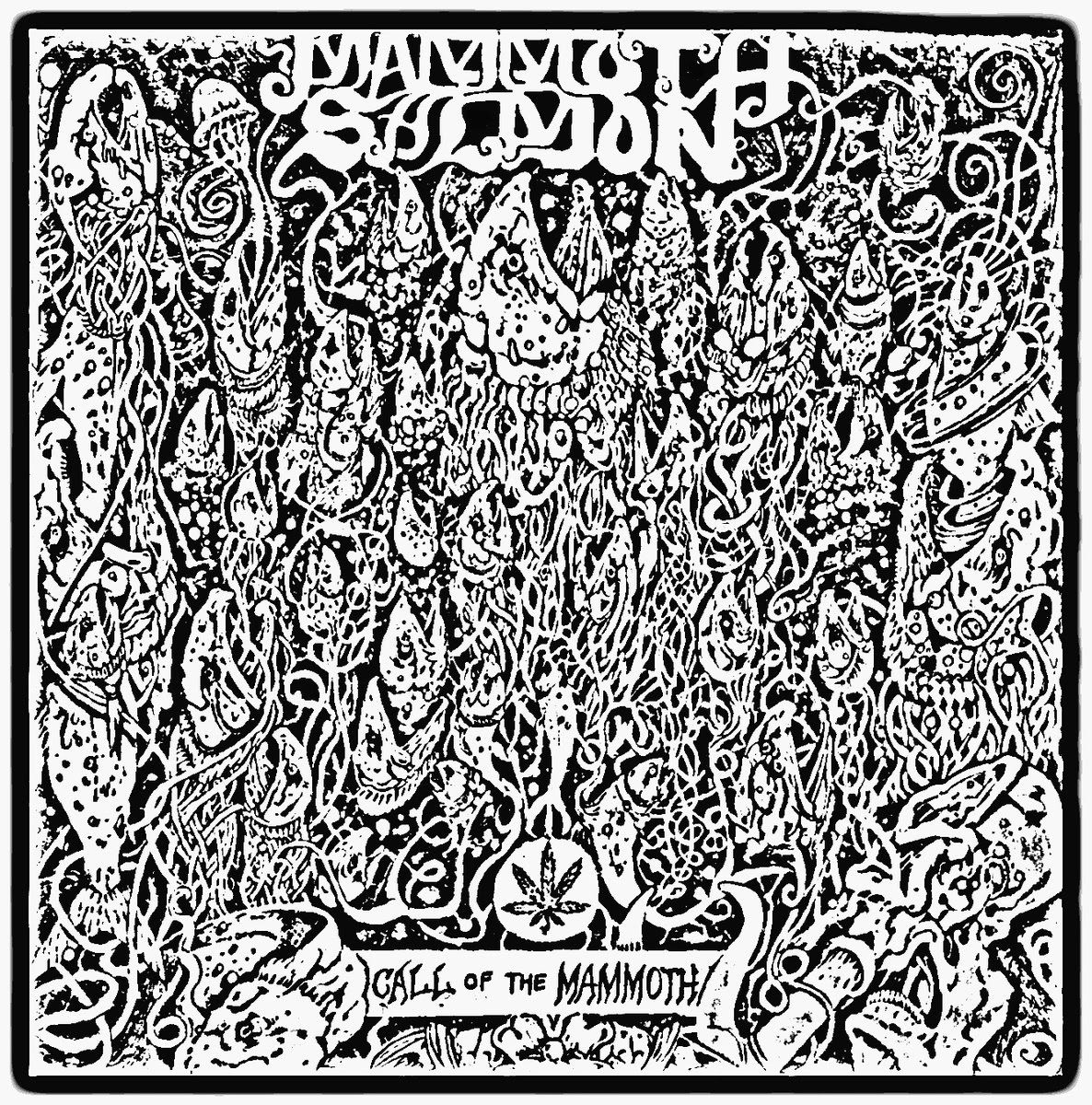 For those of you who don't know, another one of those heavier than hell Stoner Doom bands from Portland, Oregon is Mammoth Salmon, and they released this gem of a debut full length back on Halloween of last year. This album is an absolute sonic monolith, we're talking bone pulverizing heaviness. With the gravel road vocals, headbanging riffs, and hammering drums, the whole album falls together nicely.
With the opening track "Dark Descent", Mammoth Salmon displays their unique take on Stoner Doom Metal, with lots of Sludge influence and atmosphere. It's an instrumental track, but you don't miss the vocals with the droning bass line and pounding drums to keep you company, not to mention the riff and spaced out sound effects towards the end of the track, it's a bit different than anything that follows, and that's alright. The following track "In Constant Shadows" opens with a low and slow bass line, and after about a minute the guitar and drums come in and crush everything in a thunderous roar. After a bit, it slows back down to just the bass line only to have that cut short by the guitar and drum dropping back in. The back and forth gives the song a sort of unpredictable feel, Mammoth Salmon wants to keep the listening on their toes, and succeed. The third track and probably my favorite of the album is called "Sacred Smoke", it opens with a guitar part that seems like it'd be right at home in the bowels of a Sleep song. In fact, whole song is a textbook example of Stoner Doom Metal done correctly. While the band it's self has their own unique sound this track could almost be a long, lost Sleep recording in certain parts.
While "Call of the Mammoth" is very much a quality album stoned or sober, there is nothing quite like sitting back and sparking up to heaviness incarnate. So, go over to their bandcamp, and start it up, then indulge in some of your favorite mind stimulating substances and you won't look back. It's free too, that means more money to spend on drugs for you.
~Skip

For Fans Of; Sleep, Kylesa, Weedeater