The soundtrack to your black magic ritual. 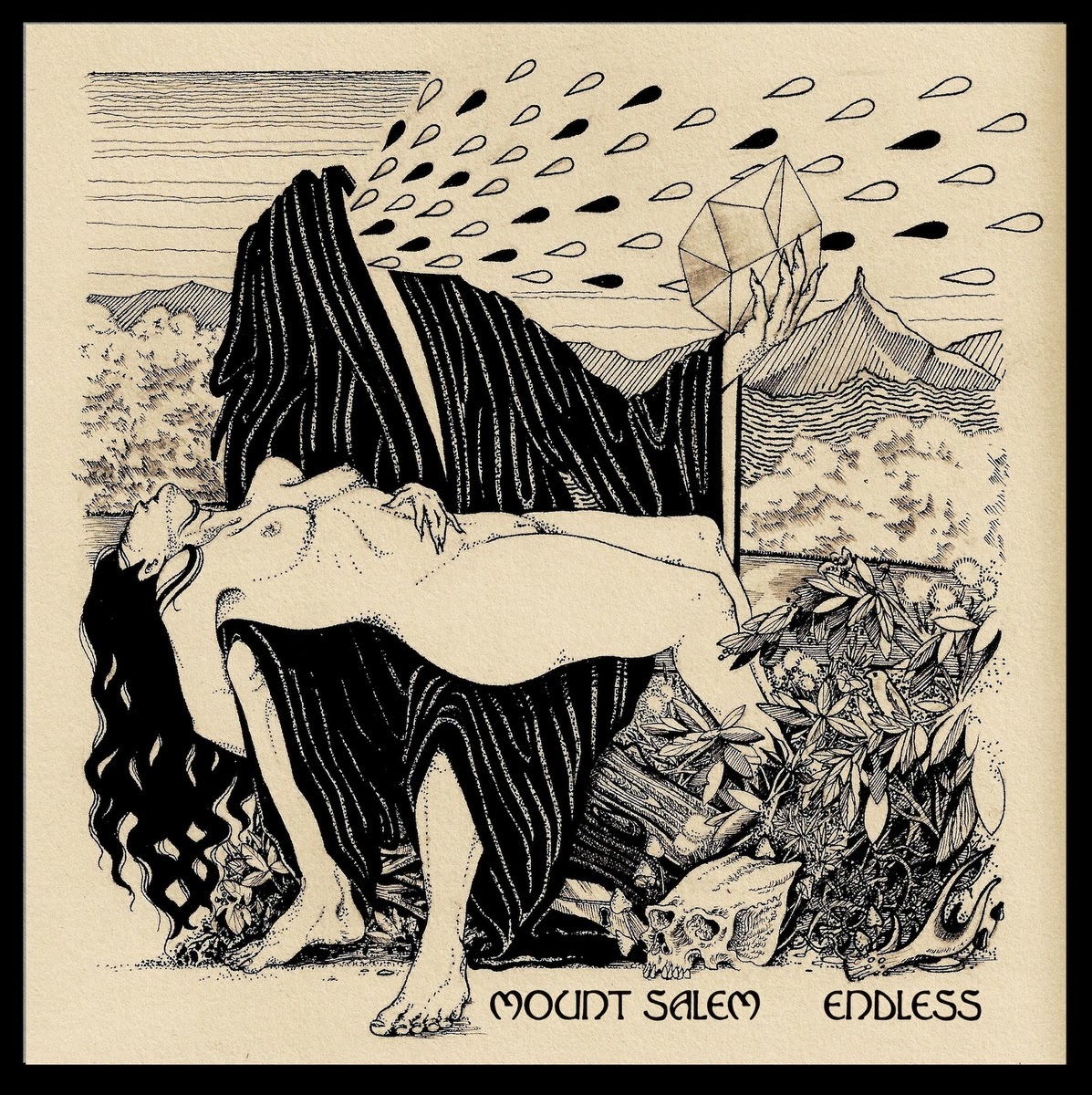 Coming out of Chicago, Illinois, the newest contender to throw their hat into the Heavy Occult Rock ring is Mount Salem. After only being together for about a year, they got signed to Metal Blade Records in the summer of 2013, and are going to release an extended version of their original "Endless EP", with two extra songs on March 4th 2014. The entire album has an atmosphere all it's own (the vintage gear roster doesn't hurt this cause a bit), it's dark and brooding from the opening track. Heavy, heavy riffs, an absolutely enchanting vocal performance, it has everything someone could want from a Heavy or Occult Rock band, it even has organ parts throughout the whole thing. If you could properly imagine Black Sabbath and Ray Manzarek from The Doors having a jam session at the center Stonehenge, this is probably as close as you can get to that musically.
The album opens with "Good Times", an early Doom sounding riff, that backing organ, and thunderous drums. After some jamming it slows down, and the vocalist begins to play her part. The whole song has a sort of peaks and valley feel to it, from the high energy, jamming, peaks that's repeated a couple times throughout the track, to the slower, more atmospheric, valleys that put the vocals center stage. I'm not entirely sure how that sounds in print, but to the auditory sense, it's a thing of beauty. Moving right along, the fourth track on the album is entitled "Full Moon" and it starts off slow, methodically moving ahead with soft drums, and lots of cymbals, a mellow riff to top it all off. The vocals come in with that same softness and usual excellence. After more than two minutes of this, the songs blasts into a retro sounding Heavy Rock part, a swinging bass and drum part with those hauntingly beautiful vocals taking on a little bit of an edge this time around. The closing track, aptley named "The End" manages to be an even darker sounding song than the rest of the album. The opening with just the organ and drums leading the way, shortly followed by a heavy riff and it proceeds from there into a Sabbath sounding jam, another one of those peaks. That fades out, and you're left down in one of those familiar valleys where that voice stands out so clear. The dynamics she uses in her vocals and also the way she uses them, remind me a bit of The Gathering and Anneke's vocals, that really shows on this track.
If you're a fan of the Retro/Occult Rock scene that's become a little more prominent lately, this is definitely your thing, without question. If you're a fan of that early/traditional sounding Doom Metal, this would also be well worth your time to check out. If you're a fan of heavy music in general, I'm betting this will push all of your buttons the right way. Since it's not out yet, you can get all of your pre-order needs taken care of here.
~Skip