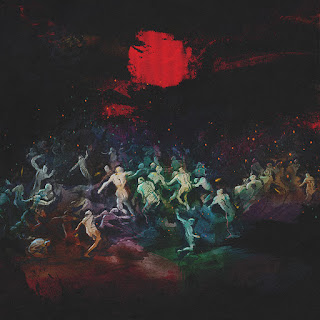 This new album from Matte Black starts off with a slow grind of submerged sound before breaking out into a fuzzy bass reverb, and between those two sound-fronts, the band does a nice job of setting the stage for the rest of the album.  As they move on into the second track, the subtly-titled "Fuzz", MB slip into their groove; by the third one, "CTRL", they're starting to mix it up with the injection of more aggressive riffing and beats.  More attitude emerges as the album continues, along with more simple but evocative titles like "Half Moon" and "Cage", though the band keeps room for slower and moodier stretches of rumbling discontent.  Another strong point is that the band pulls off their potent blend of stoner doom (plus some faster, not-quite-thrash stuff) without seeming to try too hard; they know how to ease back and let things breathe without sweating over stuff like 'is there enough bass?' or 'should I hang onto this riff for another three minutes?'.  The songs just feel natural, even when they dive into their thickest material.
In short, it's a pretty cool album, well-suited to nights where you just want a drink and/or a smoke and something good to hear while you do that.  At the same time, if you want to pay close attention to what they do in the songs, there's plenty of pay-off there as well.  All around, a very solid showing, and if you dig it enough, you can pick up one of the 300 vinyl copies direct from the BandCamp.
~ Gabriel