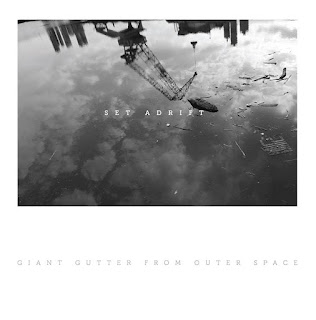 Coming to us from Brazil, this new project resulting from a team-up of two friends and musicians sets its sights on (as you might guess from the name) some spacy material.  With copious amounts of reverb, twang, and rolling rhythms, GGFOS combine technicality with atmosphere to great effect, delivering some near-dizzying arrangements of melody and chops.
Operating as a combo of bass and drums, the duo focus on assembling their pounding beats without the interference of vocal incorporation (or at least, if there were vocals, I was too floored to notice them), turning out stuff to which you can simply try to keep up while banging your head.  You probably won't be able to keep pace, but that's OK.  It's music that makes me ache to see it live, to feel the speaker output set my bones rattling and hear the tangents improvised between the performers in the heat of the moment.
It's a powerful release, even better when taken as their first set of material released to the listening public, and it really fires the imagination to consider where they might go from such a strong starting point.  Excellent stuff, and I'm sure I'll find the hooks from this EP caught in my ears for days to come.
~ Gabriel