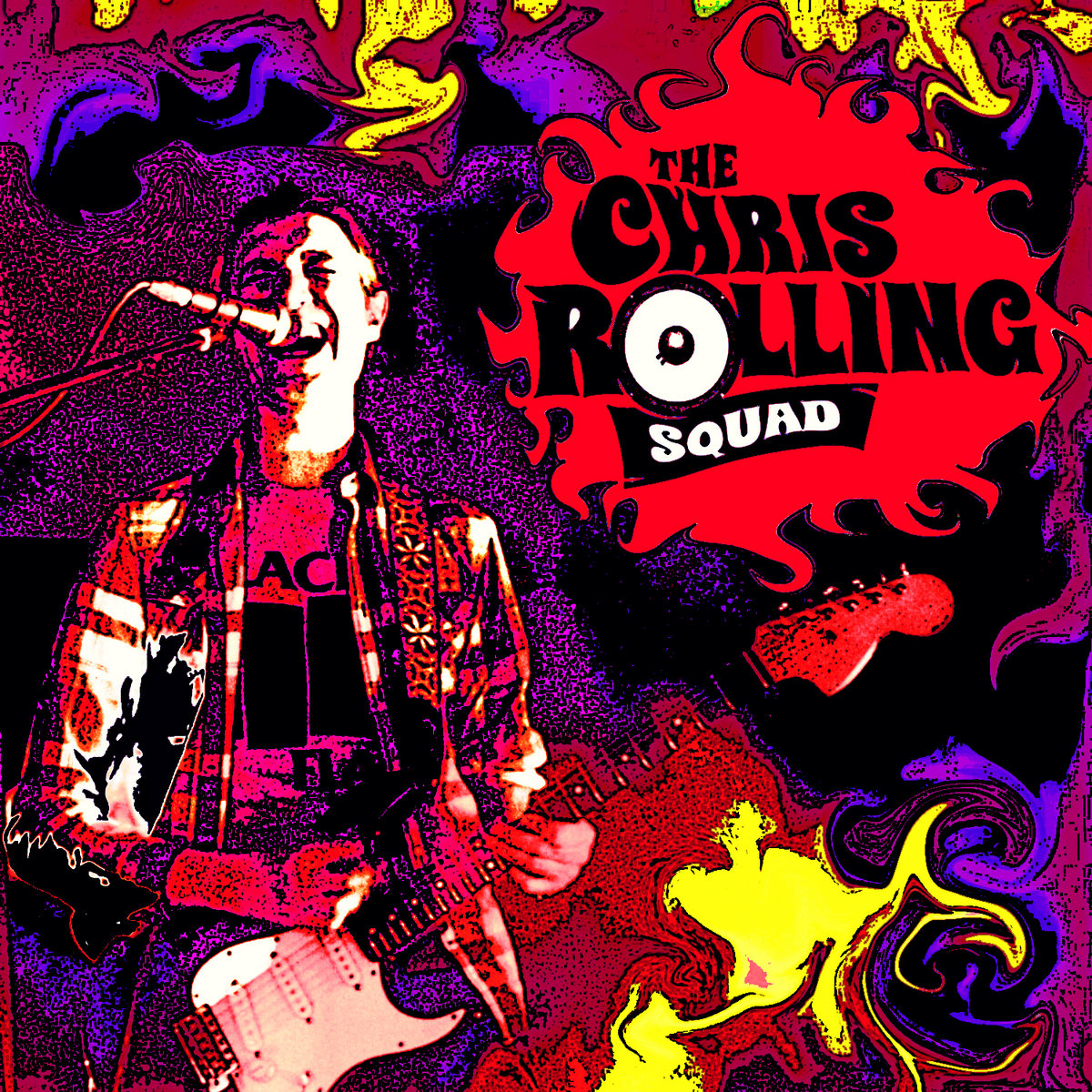 Greasy, sweat-covered psychobilly blues with hints of psychedelia encompass all projects from vocalist and guitarist Chris Rolling.  Having previously playing alongside The Heavy Manic Souls, he's now joined by Brice Duval on bass, and Romain Cauneau on drums to create the trio Chris Rolling Squad, and this is their debut EP.
The production by Fabien Guilloteau at NomadAudio on this is simply incredible.  The styles of their influences, such as ZZ Top, Jimi Hendrix, and AD/DC, are used as the guideline to give a grimy polish that never once leans on overproduction as a crutch.
Masculinity immediately engulfs the band's signature sound-exploding intro track "Whore" with squealing steady intensity that keeps a marching beat throughout which doesn't need to build to keep your attention.  Instead, it marches steadily into a hypnotic and intelligent example of how they set themselves apart, proving they won't soon be lumped into the dime-a-dozen blues rock bands.  "Help Me" changes the structure and adds more diverse guitars while adding a level of distortion which flavors the lucid story with depravity, guilt, and disconcerting content.  The hook on the following track, "Redemption", is as addictive as it is complex; excellent for repeated listens.  "Vampire Blues" delivers bluesy riffs flowing perfectly into the closer "Janet Says Go Go Go", concluding with musky sounds which belong in a smoke- and liquor-filled bar.
An impressive collection, albeit critically short at 16 minutes.
- Richard