Merlin are, quite probably, the top group playing heavy music in Kansas City these days.  They first caught our attention with the release of Christ Killer, a concept album with time-travel, powerful song-writing, and exactly what the title promises.  Shortly after that, they followed with the Night Creep single, which gave fans more of the heavy psych spookiness the band does so well.  And most recently, Electric Children brought its mind-melting set of tunes to life online and on CD (the latter from 4ONE8 Records), which seemed like the perfect time to get in touch with the group and pick the thoughts behind their stew of horror, humor, and heaviness.

The Burning Beard: Hi there, and thanks for giving us some of your time for this interview. Let's start out with the basics, since there were some changes in the time between your last two albums; who was in Merlin's line-up for the making of Electric Children?

TBB: You've already made some more adjustments to that line-up, is that correct?

Merlin: Yeah, we have since added Chase Thayer to replace Joey. He is our Fourth bassist. Merlin's Fourth Dream.

TBB: Could you give us some musical background for each of those members, along the lines of what bands they've enjoyed currently or in the past, how they got into playing music, and any other relevant stuff?

Merlin: I think we work as a band mostly because all four of us have wildly different musical inspirations, while simultaneously uniting over the greats like Pink Floyd, Hawkwind, King Crimson and Uncle Acid. We in Merlin haven’t quite studied Chase enough to know what his deal is yet. Perhaps it is better left a Mystery to be revealed during his stay with us.

TBB: How did you arrive at the title for the new album?

Merlin: It was originally called Tarantula Hawk, which was going to be two albums, one very Doomy, and the other Very Experimental. Then Carter brought up the Idea of Electric Children and then bam we had a concept. But with that said, the album itself is rather influenced off the ideas of brainwashing children into religious cults and using them to carry out the masters wishes. With a spice of the Apocalypse.

TBB: And how did you settle on the cover art, since you seem to have a different one for the digital and CD releases?

Merlin: Mostly using the ideas of movie homages, hopelessness and brainwashing cults the two artists did everything from their heads. And they both equally represented the album perfectly. The Company Design’s shows a little Rosemary's Baby Vibe and Harley and J's cover shows a lot of Jorodowsky's Holy Mountain in it. Perfect!

TBB: How would you compare the making of Electric Children to the work that went into Christ Killer?

Merlin: With Christ Killer, it was very planned out to be 4 Tracks; each telling their part of a singular story. So when we wrote and practiced it, we played it all the way through. So going into the Studio we had a firm grasp of how everything was supposed to be and recorded it all in in four sessions in February 2014.
With Electric Children, we knew we were creating something really big with it. So starting with “Night Creep” and “Robe of Bones” in September 2014, we decided to write and record in pairs. This gave us time to let each song breathe on its own. It took a year to do, a couple Bassists and a few live shows playing all different versions of them, but it paid off.

Merlin: “Will o the Wisp” was actually conceived as “Willow the Wisp” and we were gonna play it when we opened for a screening of Willow at a KCMO Alamo Draft house. But that fell through.

TBB: As previous releases show, Merlin has no issue with handling long songs, but how did "Tales of the Wasteland" come to be? Was it planned from the start to have the closing song be that big (23 minutes!), or did things just work out that way?

Merlin: Oh yeah we definitely planned for it to be huge. It was actually very planned out from start to finish. Of course there was some improv done the day of recording. Like the flute Carter randomly added during "Gunslinger lives!" was done on the spot.

TBB: Is the fondness for occult horror and the like a band-wide thing, or is that coming from a couple of really enthusiastic members?

Merlin: We like creepy spooky stuff. We have a coffin in the Wizard's Lair.

TBB: Going by the titles, mood, and the excellently-designed liner notes for your albums, Merlin likes to mix some humor in with the dark vibes, which calls to mind stuff like Creepshow, EC Comics, tons of Vincent Price movies, and a bunch of other entries in that line of mixing macabre subject matter with off-beat amusement. What would you say are some of the band's biggest influences in this regard?

Merlin: We don't like to seem too serious.. there's plenty of that in the heavy scene. We may all just have a dark sense of humor. There’s a photo online somewhere of our original single art for Execution, featuring Jesus in an Electric Chair… GOOD STUFF!

TBB: How has Kansas City handled being the home of Merlin?

Merlin: We have a few fans that come out to mostly all our shows, and some very nice record stores that always buy anything we have… Anne and Marion at Records with Merritt in Westport, KC and Kelly from Love Garden in Lawrence have supported us from the very beginning. Which feels nice. While you won’t see us featured in the local papers, we genuinely feel great to have the small few believe in what we do.

TBB: Are there any misconceptions about the band that you find a lot of people seem to have?

Merlin: People like to say we’re a doom band. We feel like we aren’t. We have always been Psychedelic. Doom probably is on our Bio though.

TBB: Any stand-out memories from being on the road, good or bad?

Merlin: We haven't really toured so I'll just say we've had a really good time playing with out of Town bands such as Grel, who were kind enough to invite us out to play in Lawton, OK, which is actually one of our favorite shows to date.

TBB: Given that Christ Killer got some very nice vinyl versions put out by Poisoned Mind Records, is there any chance of seeing a release on that format to go with the CD for Electric Children? And if so, will it have its own cover art?

Merlin: There is definitely a Poisoned Mind Records release of Electric Children coming out on Vinyl in the very near future. Both covers will be implemented in the packaging depending on the version you get a chance to buy. We have some really special plans for the vinyl release that we will not expose to you yet. In due time, but for now I can assure you it'll be amazing.

TBB: Merlin's shirts always seem to sell out really fast, and it's easy to see why. Any plans for future shirt designs (or any other merch) that you can share with us, or do you intend to keep those a surprise until they materialize?

Merlin: When you see a Merlin shirt online or at a Show get it. We never repress a design. Here's the two 2016 shirts: 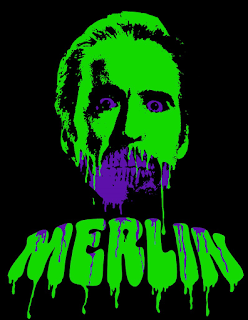 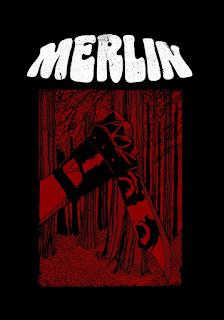 TBB: What are Merlin's intentions for the near future?

Merlin: We are doing a full length Soundtrack to a movie...

Merlin: Be patient with us, I know it takes a while to put out a Merlin album. We can't all be Ice Dragon. But the future of Merlin has some really sweet stuff on the horizon.

TBB: Thanks very much for your time and the great music! 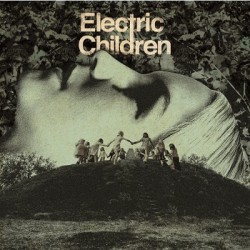