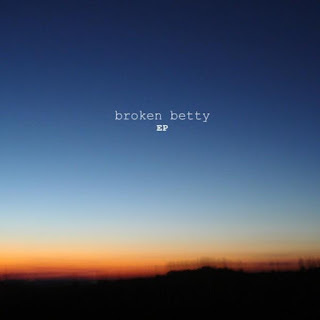 When you type 'stoner' in to Bandcamp the most wondrous thing happens. All of a sudden you're presented with utterly awesome bands from all the deepest darkest corners of the world. But not just that, you're also able to download their wears free of charge and retain your piracy free conscience. Well, some of us at least...
So over the next week or so I'm going to attempt to bring y'all a great band from a random country that we've yet to have delved in to yet. So lets do as the German's did and start with Poland...
This is Broken Betty - garage/desert rock trio from Gdynia, a small city right on the Baltic. Not really the first place your mind goes to when you think of the whole grunge or desert rock scene and it won't be when you hear them either. To be fair I could have told you they originated from anywhere on the west coast of the US and you've have most likely have believed me just from listening to them. They manage to fuse so many elements from the bands that that region spawned. The heaviness off QOTSA, the blistering  highs then abrupt transition to somberness of Nirvana and touches of funk reminiscent of Fu Manchu. If you listen carefully you'll even pick up some subtle punk influences in there too.
Their latest release, The Sorry Eye is also a cracker, but like all good things it's best to start at the beginning.