Straight From The Sixties... 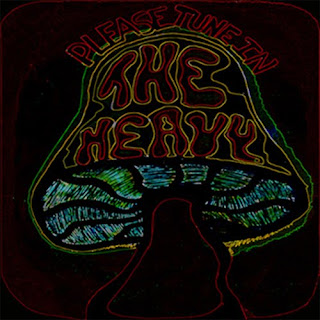 I downloaded this album months and months ago, I just can't figure out why I haven't already put it up. Well better late then never I suppose...
But lets get down to brass tacks, it's time for some good old bass heavy psych people! Like the cover wasn't a give away eh? So if you're 60's/70's west coast psychedelic enthusiast you may as well skip right to the bottom and just go ahead and download this because it's going to be right up your street. For those of you who need a little encouragement, listen up.
Originating from Indianapolis, The Heavy Co. have been jamming around for the last 3 years or so, and in those years they've honed their skills to produce some of the most trippy, chilled out tracks I've heard in a long long time. They keep the vocals to a minimum, instead letting the tunes do the talking. It's not particularly heavy, but it's completely swimming in a sea of groove and drug influenced bliss. The guys have manage to completely nail the whole psychedelic experience, it's quite something to behold. Yeah, it may not be to all your liking, but they've also been able to throw other influences into the mix and keep things original. Listen carefully and you definitely pick up touches of blues and classic southern rock, especially on the tracks Caged Bird and Black Tuesday. So there should be a little something in there for everyone. But to sum up... Imagine if The Black Keys dropped a heroic dose of acid and decided to have a jam in an empty concert hall...
Yeah... I think thats pretty accurate.

For Fans Of; Kyuss, The Allman Brothers, Blowback, Valley Of The Sun, The Heavy Eyes
Myspace • Bandcamp
Please Tune In... (320kbps)