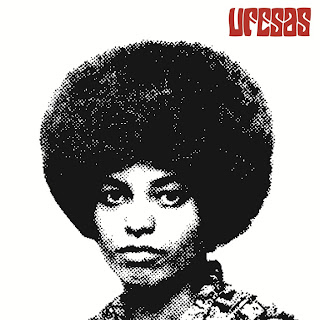 Here we go with another first, today we're in Uruguay. I can't say I've heard many bands from that neck of the woods. In fact I don't think I've ever heard any.
Initially I presumed this would make comparisons pretty difficult, but having listened to the EP a few times, it dawned on me that I could easily pass these guys off as English, American or even Aussies. They sing in english and sound like a slightly down toned, grittier version of Black Rebel Motorcycle Club. So much so in fact that I guarantee that if you are familiar with BRMC you will here Ufesas track 'The Destroyer' and swear it was a cover of 'Spread Your Love'. Don't get me wrong, it's not a rip off, not by a long shot. But the two tracks share that very distinct fuzzy bass riff intro. Give it 30 seconds though and it soon passes and gives away to some great distorted garage blues and grimy vocals.
From a heavy aspect the EP does peak with the opening track, but the tempo does pick up again with the third song 'Goin' Up The Mountain' which screams through its allotted five and a half plus minutes with some awesome lead breaks and subtle psychedelic solo's.

This is a great little EP from a band you've most likely never heard of and may not hear from again - as it seems that in the last year and half they have only released this four track EP and a 7 inch titled 'The Black Ride' that has just one new track on of the same name. The B side being the opening track from this EP. I do hope they prove me wrong though, there's some obvious talent there and I'd love to here a full studio album from theses guys.