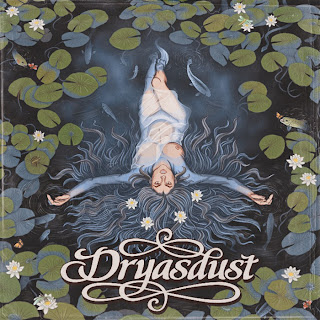 From the very initial riff of the opening song on this album, I had a feeling these guys would be a very tight ensemble, the bass and the lead guitar complement one another heavily. Especially when switching on and off mid-riff and when they play together the combination of the sounds makes it seem like the two are simply one awesome and all-powerful entity. The riffs are all a mix of blues influenced progressions and some classical scales that sort of remind me of medieval music…yeah, I mean, in my mind this always reminisces back to the late 70’s heavy metal movement, and the fact that their Nordic makes it all appropriate. The drums provide a very stable (but kick-ass) backbone for all of the music. As for the vocals, done by the guitarist, it really goes back to a strong 70’s style. Although it is kind of funny when you notice the very slight Finnish accent, it’s the music that counts, and that’s where this power trio hits it home. This is what’s so great about reviewing all these foreign bands: it’s that I can see past the funny accents, language barriers, and just plain old music that isn’t sung in English. I won’t see a band any differently depending on where they come from, sure it’s an interesting factoid sometimes. But as long as the music is good, I’ll listen to it.
~ Bernardo