Just In Time For Halloween...

All Them Witches - Our Mother Electricity (2012) 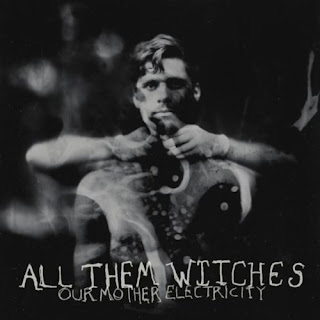 This is the first time that I've ever had to pick what band I was going to review for my weekly blog post since this week we didn't get any emails requesting reviews. As much as I love writing reviews about stuff that I myself found, if you're in a band or know a good local band, don't be scared of sending us some tunes so we can help spread the word. On that note, I actually wasn't the one that directly found out about this band, but it was my good friend Thomas (avid bandcamp browser). He sent me their link one day and I've been completely hooked ever since. Alright, now onto the music...It's fucking mind-blowing. Sincerely one of the greatest examples of psychedelic heavy stoner blues rock. You probably didn't understand what I just described in the last sentence, but that's the entire point, this Nashville quintet has taken all of the best elements from so many different genres and made an album that is at the same time a complete throwback to the classics and immensely innovative. Let's take the lead guitar parts as an example, there are parts where they use slides (as you probably know slides are very common to blues music), and then the guitar starts laying down this amazing riff that doesn't even follow any traditional blues scales while all the instruments are down-tuned (something that's used in very modern heavy metal bands), but let's not forget that the constant fuzzy tone keeps everything together and makes the transitions unnoticeable. Oh yeah, by the way, this all happens WITHIN IN ONE SONG OUT OF EIGHT IN THE WHOLE ALBUM. The entire album is definitely one of the best I've heard all year and I think that if as the newest writer of the blog I'm allowed to make a contribution for our end of the year compilation, this would definitely be one of them. Please do yourself a huge favor and listen to these guys and let the world know about the sheer genius that is All Them Witches. Oh, and do them a favor by actually buying their album as well.
~Bernardo

For Fans Of; Queens Of The Stone Age, White Stripes, Led Zeppelin, The Datsuns, Wolfmother