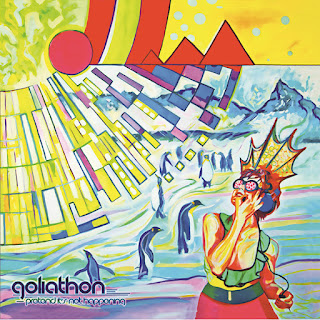 This band has me confused. I don’t know how to classify it, because it’s at the same time kind of eerie but also very animated and up-beat. It’s almost like when in school, if you’re friends with the weird kid in the class, and while everybody is certain he’s a psychopath, you just like the fact that he’s quirky. I noticed that there is a great deal of combinations of genres when listening to this album: some punk elements, because of the fast beats and repetition, there’s a good amount of blues influenced rock elements showed by sweet guitar riffs. But, surprisingly, the genre that sometimes stands out is a kind of ska-rock type of mix, with the use of high pitched chords like in reggae (at times), non-blues influenced scales and the use of instruments such as the saxophone and trumpets. I’ve been listening to a lot of different stuff this week, and I think that by far this has been the most interesting to analyze.
The digital form of their album is available for 7 dollars on their bandcamp page.
~ Bernardo