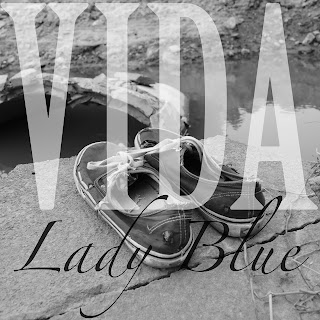 I'll confess. I'm not that into hardcore, or screamo or whatever you kids are calling it nowadays. Yeah theres the odd band here and there that make it under my radar and onto my iTunes but generally speaking the genre has never really buzzed me all that much. But let no one say I'm not open minded, I'll always give any band the time of day when they go to the trouble of dropping us a line. Inevitably I was a little sceptical when Lady Blue's latest album appeared in my inbox but credit where credit's due that soon washed away as the opening bars of track one Ignorance kicked in. Granted, my severe lack of knowledge of the genre and its off shoots does somewhat limit my ability speak with any authority here, but I will endeavour to do my best. With that being said the first thing I did noticed on my initial listening to the album is that it does burst with all the ferocity and anger of Norma Jean's Bless The Martyr Kiss The Child. Bit of a dated reference I know, but to hell with it, that album's still a classic. Actually the tone and beat almost match for a vast amount of the album. Don't get me wrong, they're by no means a rip off, no no, Lady Blue have managed to cultivate a sound thats very much their own. Harnessing that aforementioned ferocity by interspersing it with mellow break downs and screamed monologues, which I should say now are usually the key element that ultimately annoy and turn me away from the genre. But on that note it must speak volumes that in this instance my interest and concentration failed to wane. God knows there's been a thousand bands of this ilk that I've tried to get into or that have been suggested to me over the years but the vast majority have just left me somewhat blank or uninterested. Luckily for Lady Blue, they're joined the ranks of just a chosen few that not just made it onto my iTunes but shall remain there safe in the knowledge that they'll be escaping the trash can for some time yet. That last sentence may reek of a back handed compliment, but coming from someone who generally has very little time for the genre, that comment is at least on a par with giving this album an 8 out of 10!
~ Jay


For Fans Of; Norma Jean, The Chariot, Every Time I Die, Poison The Well, From Autumn To Ashes