If You Go Down To The Woods Today... 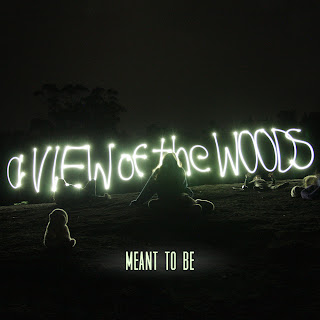 It's been a while since we've taken a trip down south to good old Oz, which is a sacrilege really because lets face it, they've got a pretty good track record on giving me things I really like; AC/DC, Chopper, The 12th Man, Mad Max and Kylie Minogue's arse. But better late than never I guess, especially if like me you're a down tempo, bluesy psych rock enthusiast.
The four Brisbanites may have only given us two tracks to wet our apetites with, but should it be your cup of tea I reckon it will leave you aching for more. Enthusing a style that lies somewhere between our hard rock favourites Pet The Preacher and Graveyard, A View's... sound does have a certain 'tint' more akin to many of the Scandinavian act that find they're way into our inbox. A wistful sort of psych with elements of classic rock and a hint of blues. Not the usual the sort of thing you hear coming from cricket loving, VB swigging Aussies. But after running this blog for the last couple of years, nothing really surprises me anymore.
Like I mentioned before, it's only a couple of tracks but if the guys can keep up the same pace then they're definitely gonna be onto a winner when it come to dropping a full length album. Even more so if they can knock out some equally cracking cover art!
~ Jay

Email ThisBlogThis!Share to TwitterShare to FacebookShare to Pinterest
Labels: A View From The Woods, Australia, Psychedelic, Stoner