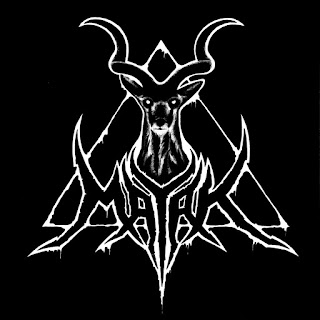 Remember going to dive bar metal and punk shows when you were in high school? There would always be that one band opening that you had probably never heard of that always stood out above the rest. Maybe it was the effort they were putting into the show; maybe it was the fact that they had never played your town and were making damn sure you didn’t forget their name. Now, I’m not saying no one has never heard of Mayak, but I definitely got that same feeling from those club show days when I gave their debut EP a listen this week.
Mixing elements of punk, sludge, black metal and hardcore, Germany’s Mayak quickly proves they can hang with the fastest and loudest of them all, but soon show their range by adding in brief moments of clean vocals and well-conceived breakdowns that don’t wear out their welcome. Where one track may begin in the vain of symphonic metal legends Cradle of Filth, it rapidly dissipates and bursts back into a blast beat treasure trove that then evolves into a mish-mash of punk drums and dirty guitars. On the track “Another Day Will Rise,” Mayak is masterful in making the track sound like the beginning of something like a lost Ramones song, but soon jump into gravelly screams and gang vocals that are the farthest thing away from old-school punk. Planning a full-length release later in the year, Mayak is sure to make some lasting impressions on those lucky enough to check them out. In the meantime, the  EP is available via the band's Bandcamp with a “name-your-own-price” option.
~Joe
For Fans Of; Kvelertak, At The Gates, Today Is The Day, Gojira, Cancer Bats,