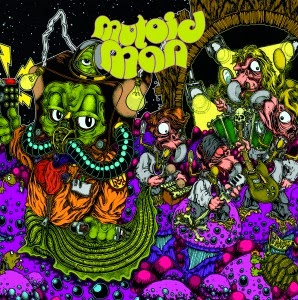 The first time I ever heard Cave In was with the release of their 2003 album Antenna, and, for the life of me, I couldn't understand the hype my friends were giving them based on what I was hearing on that record. The album was fine in its own right, but people had only ever spewed to me about how "hard" the band rocked and how Stephen Brodsky's musical style and lyricism was better than most of the metal/hardcore acts of the early 2000's. Anyone familiar with Antenna will raise their eyebrows right there. This wasn't a metal or hardcore album. It was pure rock with moments of post-hardcore melodies all wrapped up nicely by Brodsky's croons. Then I educated myself on the past offerings by Cave In and immediately saw why their had been so much anticipation for a new record. After that, I paid close attention to Cave In and Brodsky's various side projects, all of which usually gravitated toward his affinity for faster, louder music.
Oddly enough, the first time I ever heard Converge was the same year, but that album just happened to be their breakout 2001 release, Jane Doe. I had never heard anything so frantic, so angry, so sad and so fast in my life. It wasn't my cup of tea at first, but, now, I couldn't imagine where'd I'd be or what god awful dribble I'd be listening to if it weren't for that album.
While Brodsky and Converge's drumming war machine Ben Koller have worked together on multiple endeavors in the past, I can honestly say that today's release of Helium Head (their first and possibly only release) by their supergroup-of-sorts Mutoid Man (a reference to the oldie but goodie Super Smash TV on Super Nintendo) is their most fun and brutal work to date. A mere seven tracks, totaling less than a 20-minute run time, Helium Head is an eclectic record full of great drumming and guitar work (yeah, no shit, I know) with a few surprises here and there and really make for a rich hard rock effort that creates the argument that the best album of 2013 may have just dropped.
Although a considerably short album, the effort seems to have a halfway point, so let's talk about the first three rippers on this gem, entitled "Gnarcissist,""Scavengers," and "Scrape The Walls," respectively. "Gnarcissist," the first track I ever heard from Mutoid Man, kicks it off like Evil Knievel ramping 30 school buses. Brodsky's signature voice is apparent from the get-go, but some spacey riffs and unique time signatures impress and generate instant evidence of how punk and rock continue to evolve. Thrashing solos and primal screams round out the track, serving as a perfect segue into "Scavengers," an ass-kicking of a song chocked full of finger-tapping note craziness and unrelenting blast beats (Koller really outdoes himself here). Completing the trifecta of this musical knuckle sandwich is "Scrape The Walls," another spastic and break-neck song that begins the transition in Brodsky's vocals, a switch from the harsh screams and growls that fuel the early going to the effortless ranging heard on the back half.
In the latter parts of the record, Brodsky remains a vocal powerhouse, but Mutoid Man's real talent for ripping and roaring instrumentation is on full display. "Friday the 13/8" speaks volumes of how prolonged chords and subtle pedal effects can always sound fresh and innovative. "Sacriledge" and "Lost In The Hive" follow with meatier chugs and double-bass tempos, reminding of 90's metal and how fun "slam dancing" used to be before crowd surfing became the new taboo.
Mutoid Man sounds as though they will wear themselves out at any minute, but that minute never comes, leaving the listener frozen in place with little else to do but strap in for the rocket of a ride that Helium Head truly is. Brodksy and Koller have truly captured a great collaborative idea with the release and should be commended for bringing something so solid to the table this last in the year. Still not convinced that it could possibly be your favorite album of 2013? Go get this shit right now and turn it all the way up.
Helium Head is available now on iTunes and will receive the glorious vinyl treatment on Nov. 29 via Magic Bullet Records/Svart Records with first pressings headed out on clear, green and red wax.
~Joe