A True Emergence Amongst The Rubble... 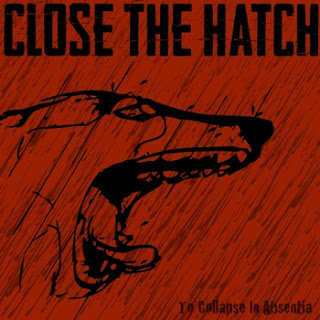 It is difficult to differentiate between what type of music an album strives to be and what it actually is upon completion. Blurred genre lines, self-labeling and artistic stubbornness make it nearly impossible for anyone to definitively look at an artist or any of their work and state with one-hundred percent assuredness that they are "X" sounding like "Y." Yet, amongst this uncertainty lies an even greater musical experiment that often results in something that sounds and feels so different that it makes the whole genre discussion seem silly and irrelevant. It is this type of music that makes listening worthwhile and meaningful, creating buzz that cannot be ignored.
In the case of Close The Hatch, the Ohio five-piece continuously ventures across the prog/metal line until a sound all its own emerges. Playing with numerous tempo changes and backed by a talented keys section, the band presents an airy, stargaze brand of rock that sometimes finds itself joined by the imposing sound of shouting and the flowing croon of talented singing. The end result is a fantastic four-track EP that could be considered music to fall asleep to, but that would guarantee a slight nightmare or two.
That's not to say that Close The Hatch tries to invoke fear, but the way in which their music leaves an impression is somewhat eerie (in the best sense). Knowing when to step up their sound and when to bring it to a near halt that leaves the listener hanging on for each note that will follow, Close The Hatch achieves near perfection on each song presented on the effort. Closing track "Kali" is perhaps the best example of Close The Hatch's dynamic: strong and brutal at first, but surprisingly mellow and moody until the end. Haunting guitar rhythms and light-hit drumming are standard fair in these lighter instances, but simply enhance without bogging down the overall vine of the album.
As I continue to listen to "To Collapse In Absentia," I feel as though I am hearing something new each time, for the first time, in a way. An interesting and impressive piece of work that will serve well for both prog and doom fans alike.
~Joe

For Fans Of; Kowloon Walled City, East Of The Wall, Tombs, Young Widows

To Collapse In Absentia (name your price)