Return Of The Man... 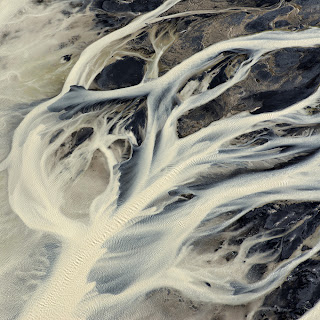 He's back! Australia's one man instrumental doom prodigy has finally returned!
I've probably said it before, but it bares repeating. Judd is one of those guys you kinda, just wanna hate, for no other reason than the fact he's disgustingly talented. Seriously, six albums, forty four tracks, numerous demos, and that mother plays, mixes and masters bloody everything.
Any of you who have followed Madden's works over the last couple few years will have experienced his steady growth and progression from album to album, and Glacial is no different. It does to an extent take off from where Artesian ended, but he's slightly altered his approach to the whole dynamics of the album. Going back to similar style as Waterfall and crafting huge chunks of somber doom that exceed the 12-15 minute mark. It's all broken up nicely too, with the first couple of tracks building up to a nice volley of chugging riffs that bellow out in a subtly Scandinavia style before giving way to a sound that instantly reminded me of Isis's seminal Oceanic - dark, deliberate and brooding. It's all effortlessly effective, beautifully simple and quietly understated. Just like all of Judd's discography, it never tries to be too clever for its own good. Not that he couldn't pull that off, hell, he's like a young Trent Reznor. But sometimes it's the simple things that end up being the most effective and invoking... And that's why we bloody love him.
~ Jay